Nineteen years ago the Tennessee Titans did the very same thing and ended up in the Super Bowl that year.  The new look is a tougher image but most notable is the Helmet color change to dark Blue. While the logo has stayed the same, the face masks are now silver to accent the the new silver border around the edge of the logo. 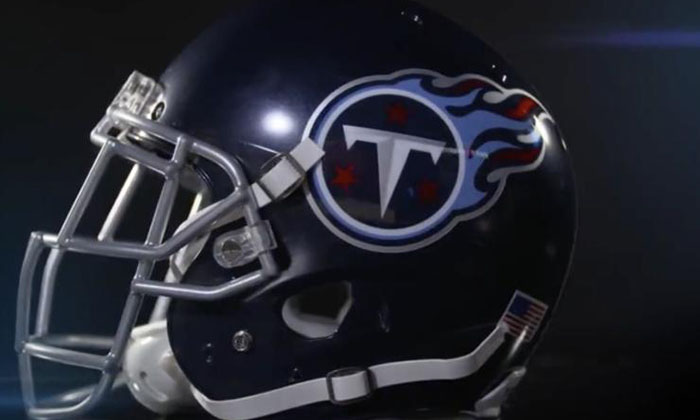 Another big change is the Trojan style numbers that replaced the standard box design.  All three jersey colors come with a new silver capping over the shoulder pads  that now come down to a point at the bottom.

The new uniforms were an instant success amongst the players commenting the new design was “tougher and cutting edge.” Kevin Byard seemed to show the most excitement as he ignited the crowd on his entrance.

The navy uniform that was unveiled Wednesday was the very same that was leaked earlier in the week.  This was a surprise as the Titans organization was so serious about keeping it a secret, any player who saw the Jersey had to sign a non disclosure form.

The new look could not come at a better time as the 2018 Titans are essentially a completely different team.  After fishing last year season deep in the playoffs, the Titans should only improve on that success in the 2018 season. 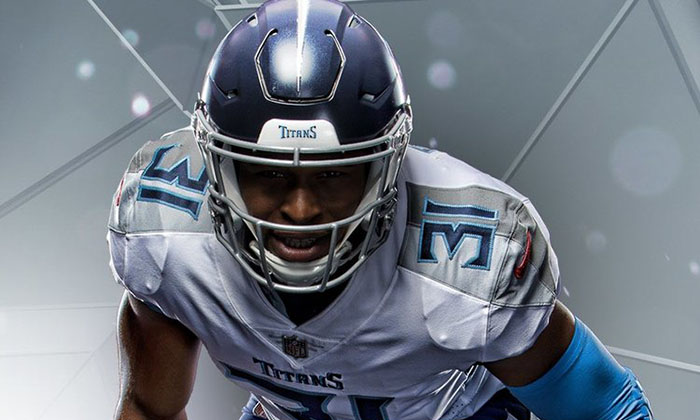 New Head Coach Mike Vrabel brings a new mind set and approach to the Titans along with a new coaching staff.  The Titans also have tier one picks for last years draft returning healthy and now veterans.

All signs point to the Tennessee Titans new uniforms marking the beginning of a new era as the Titans look to push to the top of the NFL for the seasons to come.