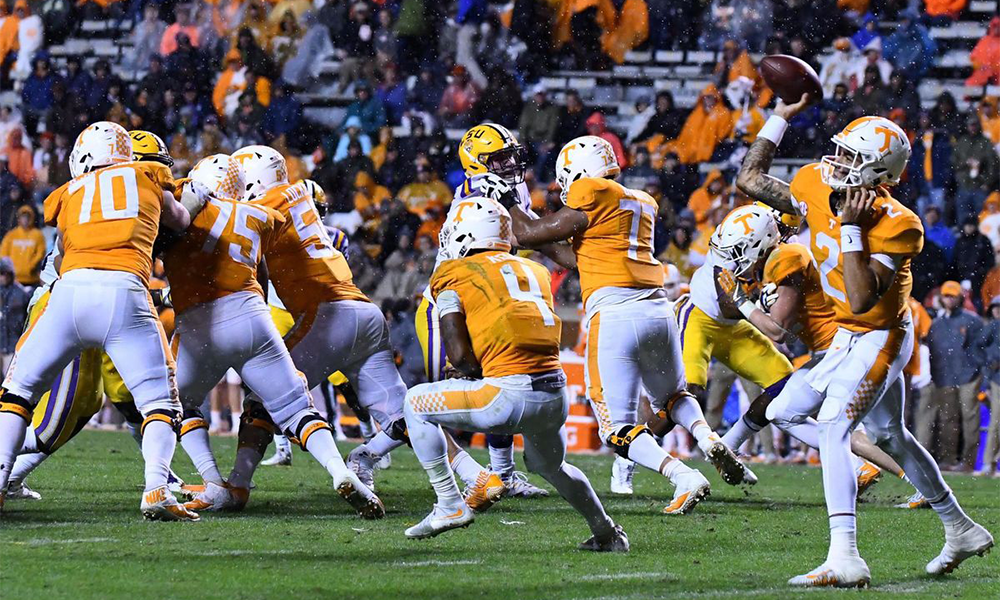 The 2017 season has been one to forget for Vols fans and continues as LSU defeats Vols 30-10.

It has been nothing short of disaster for the Rocky Top faithful.  However, improvement has already started to show in Saturday nights loss to LSU.

LSU came into the game ranked 20th overall but was held in check for the first quarter by a determined defense.  LSU acquired zero first downs in the first quarter and held LSU to a feild goal after getting the ball on the 15 yard line. 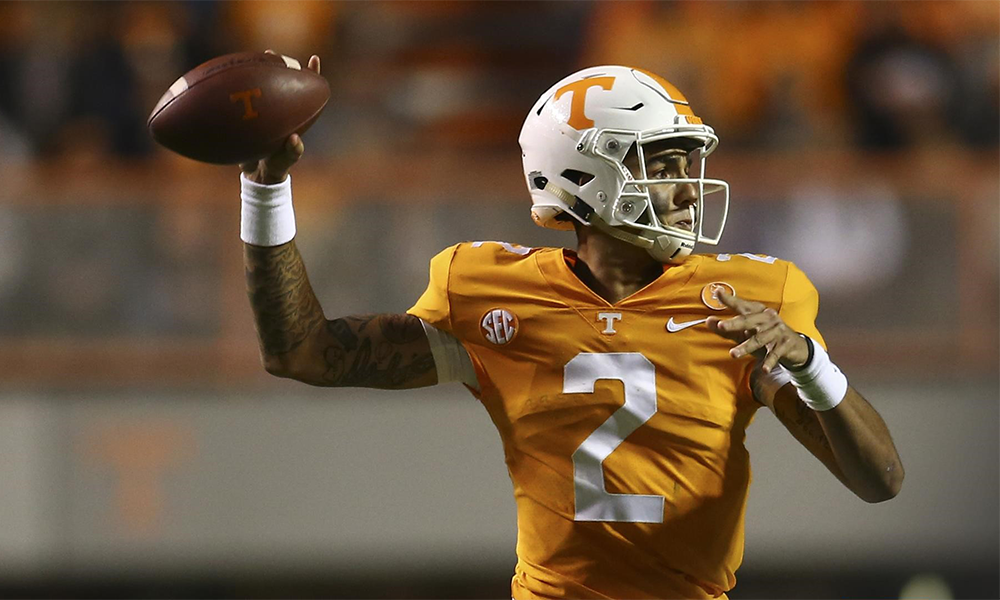 At half time, the Vols trailed 17-10 looking to mount a come back in the second half.  However turnovers would prove to be the factor to put the Vols away.

Jarrett Guarantano threw for 239 yards and a touchdown to finish the day 13-of-23.

Considering the dismal season, this performance might have been the Vols best performance of the year.  Although the score does not reflect the game, the Vols turned in 287 yards of offense compared to the Tigers 281.

With a season like this, we have to take the wins we can find.  The defense easily delivered their best performance of the year which would have showed less the offensive turn overs.

The good news is the elements are there for a drastic improvement in 2018.  All this teams lacks is the proper leadership to be right back in a bowl for 2018.

For the 2017 finally have the game we all look forward to each year, UT vs Vanderbilt.  Nearly every year the Vols are an overwhelming favorite.  Not this year.

We have Vanderbilt winning this one by 9 putting Tennessee 4-8 on the year.  The question is, how do you instantly excite a football nation after a 4-8 season has just ended.  You follow it by announcing the new Head Coach for 2018.

While these are just grumors at the moment, they are getting louder and mentioned in the right offices as of late.