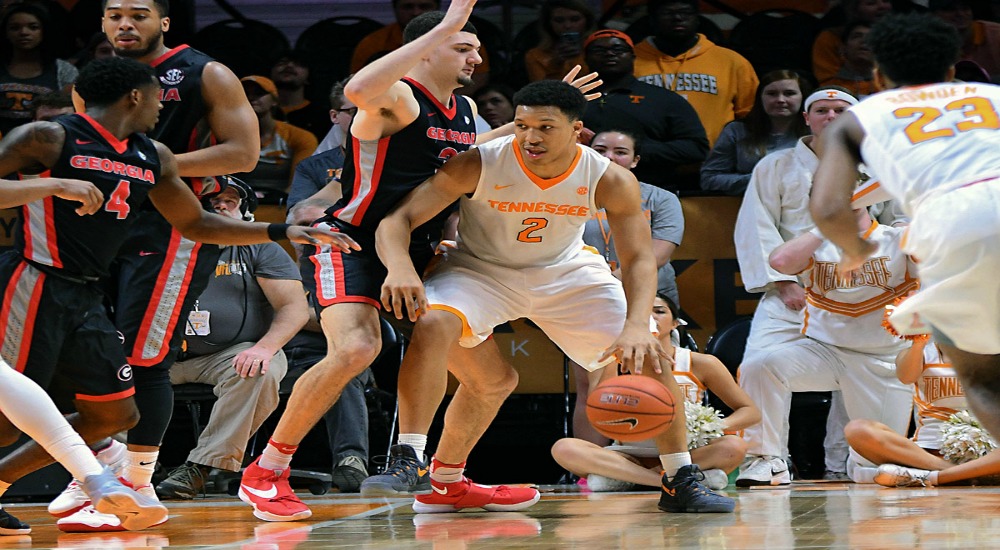 A crowd of 15,637 gathered to watch the Vols take on the Bulldogs Saturday in Knoxville, TN.  Tennessee led but lost in a come behind victory for the Bulldogs 76-75.

At one point in the second half, the Vols led by 22 points but the Bulldogs chopped their way back led by Frazier who scored 29 total points.  Frazier, a 5′ 10″ senior, proved to be to much to handle in the clutch as it was then he shined the most. 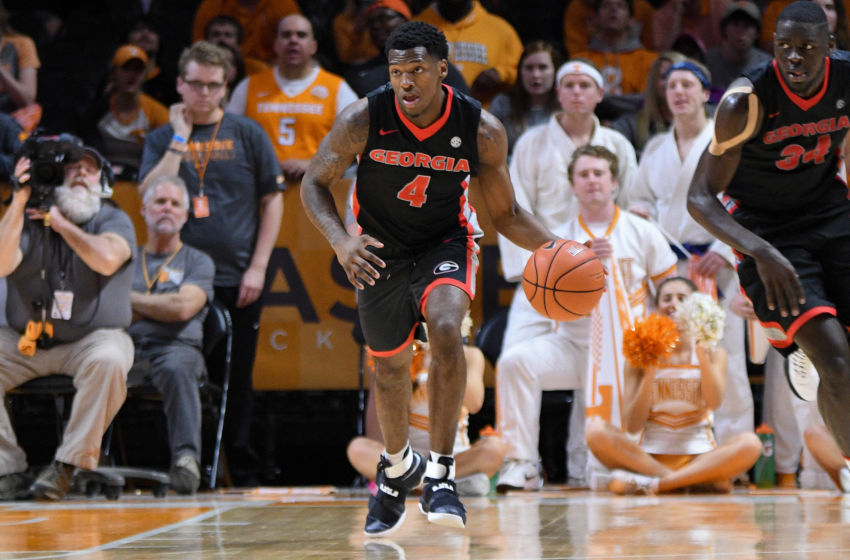 Georgia to the lead 76-71 in the final moments of the game of which Tennessee was unable to recover. This would be the fifth time this year the Tennessee Vols have had a double digit lead before losing.

Grant Williams led the Vols scoring with 30 total points but these game in the first three periods of the game and the final period was Frazier’s time.

The Vols fall to 14-11 over all and 6-6 in the conference.  With only six game now remaining, the Tennessee Vols will need to come on strong.