KNOXVILLE, Tenn. — After Tennessee led off the game with a two-run first inning, Missouri responded with eight unanswered runs to fend off the Volunteers, 8-2, in Saturday’s 2017 season finale at Lindsey Nelson Stadium.

Prior to the game, the Volunteers recognized student assistant coach and recent Tennessee graduate Steven Gruver and eight seniors as Max Bartlett, Eric Freeman, Jon Lipinski, Hunter Martin, Jordan Rodgers, Quint Robinson, Reggie Southall and Matt Waldren each dressed out in the orange and white for their final contest as a Volunteer on Saturday.

Leading off the bottom of the first inning, Moberg blasted his ninth homer of the season over the left field wall to put the Vols up, 1-0. In the next at-bat, Justin Ammons reached base via a walk and advanced to second base on a fielding error by Mizzou’s third baseman. A free pass issued to Luc Lipcius loaded the bases with no outs. Andre Lipcius then hit a sacrifice fly to left, scoring Ammons to further Tennessee’s lead, 2-0.

Missouri answered in the top of the second, plating two runs on two hits and a sacrifice fly to tie the game at 2-2. 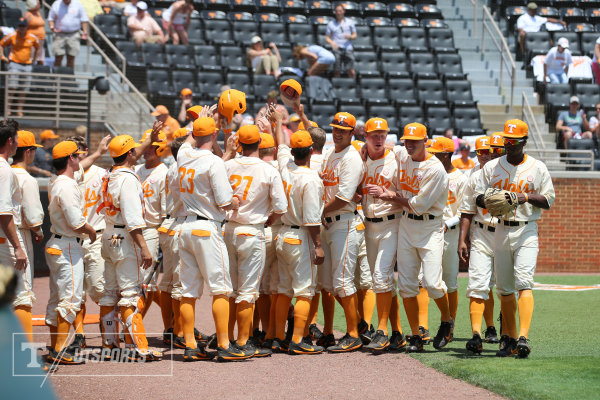 Thornton led off the fifth inning for UT with a double down the left field line. He then advanced to third on a sacrifice bunt by Moberg but back-to-back strikeouts ended the threat.

In the sixth frame, the Tigers plated four runs on five hits and a walk to take a 6-2 lead. Mizzou went on to scratch two more runs across in the seventh and eighth innings and held the Vols scoreless through the remainder of the game for the 8-2 final.

Right-handed pitcher Jon Lipinski retired the first three batters he faced and struck out three in his first career start for the Big Orange. The senior threw a career-long 5.0 innings in the loss. 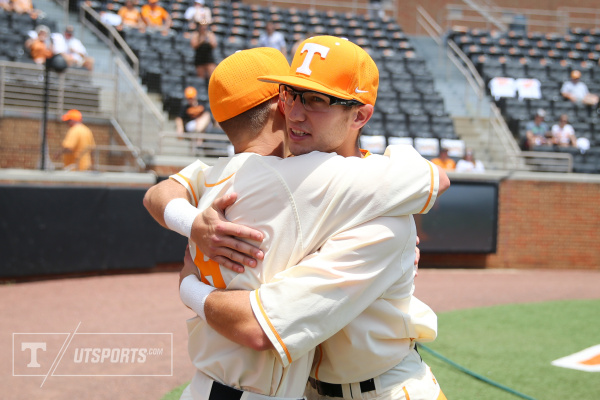