GAINESVILLE, Fla. — Carrying a 2-2 tie into the 10th inning against the No. 7-ranked Gators, an RBI double by catcher Benito Santiago led Tennessee to a 3-2 series-clinching win on Saturday at McKethan Stadium.

Santiago and left fielder Justin Ammons provided the offensive heroics in the 10th, giving the Vols their game-winning lead. Ammons reached on a base hit up the middle before Santiago drove an RBI double into the left-center gap, scoring the freshman from first.

The Gators threatened in the second with bases loaded and one out, but a double play (4-6-3) up the middle between Jeff Moberg and Reggie Southall got Tennessee out of the jam.

The Vols struck first in the third inning when Southall led off the frame with a walk. Brodie Leftridge beat out the throw on a bunt single to put runners on first and second before Ammons went opposite field with an RBI single, putting UT ahead 1-0.

An RBI triple off the bat of Florida’s Mark Kolozsvary tied things up in the fourth. In the next at-bat, Garrett Milchin punched a single up the middle to score Kolozsvary and give the Gators a 2-1 lead.

With Santiago on first and two outs, Lipcius then responded with an RBI triple of his own in the sixth, tying things up at 2-2.

The tie would hold until the 10th frame, marking the second consecutive night for Tennessee to take Florida into extras. Ammons singled and came around on Santiago’s RBI double before senior Jon Lipinski took the mound for UT in the bottom of the inning. Facing the minimum against the Gators, Lipinski shut the door to preserve the series-clinching win for the Orange and White.

In his second career start for the Big Orange, freshman Garrett Stallings went a career-long 6.1 innings, allowing two runs on 10 hits to receive no decision. 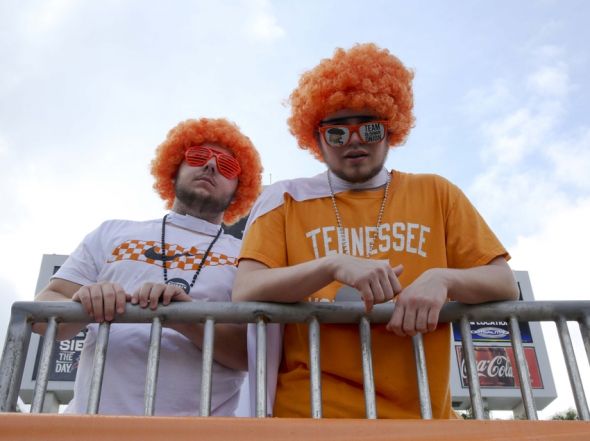 Tennessee went to right-hander Andrew Schultz in the seventh, who dealt 1.2 innings with two strikeouts before Lipinski was called upon in the ninth. The Florida native threw 2.0 scoreless innings to capture his third win of the year.