With the win, Tennessee finishes its overall three-game series with the Bucs at 2-1 this season.

Moberg delivered the first blow for Tennessee with his two-run homer in the third, tying him with teammate Jordan Rodgers for a team-leading, seven home runs on the year. 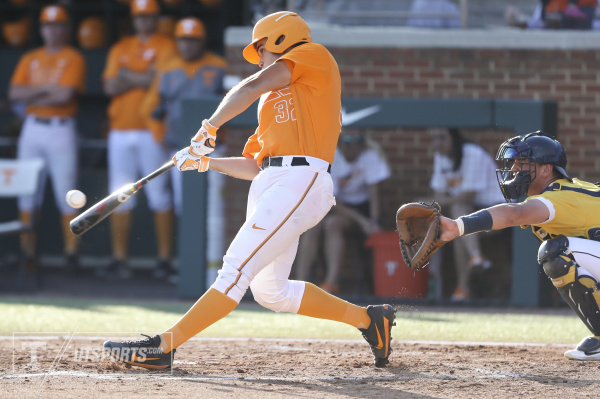 Waldren then knocked an RBI double in the fourth to score Heflin and extend UT’s lead. The left fielder later moved to third on an ETSU error and scored on a wild pitch to the backstop, giving Tennessee a 4-1 advantage.

The teams traded scoreless innings until the eighth, when UT plated five runs to take a 9-1 lead. Justin Ammons led off the inning with a double before an RBI single by Luc Lipcius scored one. A two-run double from Heflin and two-RBI single by Bartlett then put Tennessee up 9-1 entering the ninth.

The Buccaneers scratched one additional run across in the ninth, but Zach Linginfelter fired back-to-back strikeouts to secure the 9-2 final.

After his previously scheduled Sunday start at Vanderbilt was rained out, lefty Zach Warren got the nod vs. ETSU and went 2.0 scoreless innings.

Righty Will Neely entered in the third and dealt 5.0 innings en route to earning his third win of the year. 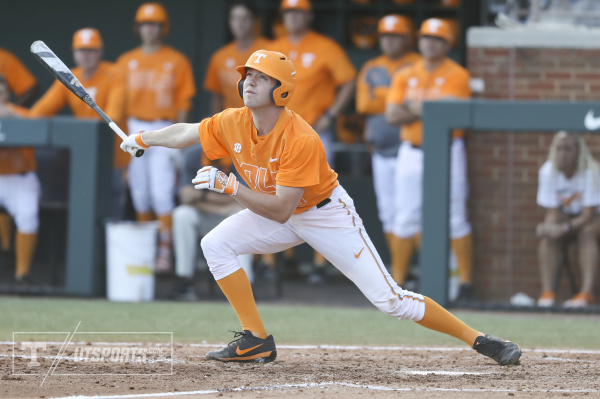