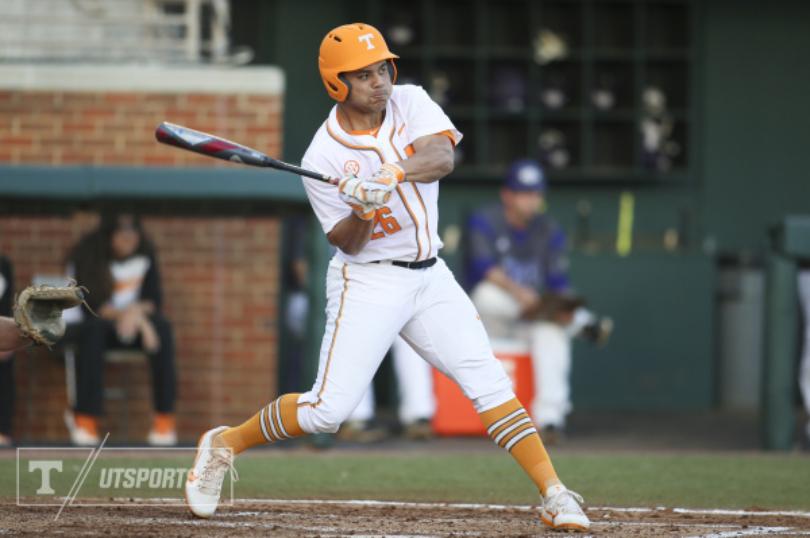 KNOXVILLE, Tenn. — Tennessee scattered four hits against Missouri on Thursday night, but struggled to find a rhythm as the Tigers held on to a 5-0 lead to take Game One of the final regular-season series at Lindsey Nelson Stadium.

Right-handed pitcher Hunter Martin retired 12 straight batters to start the game, not allowing a run until the fifth inning. He allowed five runs on five hits and struck out nine batters, tying a career-high, in his fourth complete game of the season for the loss.

Offensively, freshman Pete Derkay led UT in the outing with a 2-for-3 performance. Outfielder Justin Ammons (1-for-4) and shortstop Max Bartlett (1-for-2) each added one hit for the Big Orange.

Tennessee loaded the bases to threaten in the second inning. With two outs, Derkay knocked the Vols’ first hit of the night to right field. He then stole second base before Matt Waldren advanced to first on a catcher’s interference call. In the next at-bat Bartlett was hit by a pitch to load the bases. A groundout to third ended the frame before UT could scratch a run across.

After being retired in order through the first four innings, Missouri plated four runs on three hits and an error in the top of the fifth. With two outs, the Tigers’ Matt Berler hit a grand slam home run over the left field wall to put Mizzou up, 4-0.

Missouri added another run in the seventh frame using a walk and one hit to take a 5-0 advantage.

The score would hold through the ninth as the Vols’ rally in the eighth fell short. Bartlett led off the frame with a single to center field and advanced to second on a ball hit to third, but a strikeout and groundout to second base ended the inning.

With the loss, Tennessee moves to 7-6 in the all-time record against Mizzou, including a 3-4 mark in games played in Knoxville.
More on Martin: Senior Hunter Martin entered Thursday’s matchup tied for second in the SEC with 31 batters stuck out looking as well as fifth with 83.2 innings pitched on the year. With his complete game effort in the series opener, Martin posted his fourth complete game of the year.

He is the first UT pitcher to record multiple complete games in a single season since Zack Godley did so in 2013 (6).
With his 2-for-3 outing, Pete Derkay recorded the 14th multi-hit game of his career.
Thursday’s 2:02 game marks the quickest contest for Tennessee since the Vols played 2:24 at Auburn on April 15, 2016. The shortest game in Tennessee Baseball history was played on May 15, 2004 at South Carolina and lasted 1:42.
On Deck for the Vols: Tennessee continues its final regular-season series against Mizzou at 6 p.m. ET on Friday at Lindsey Nelson Stadium.
Thursday’s attendance at Lindsey Nelson Stadium: 1,033 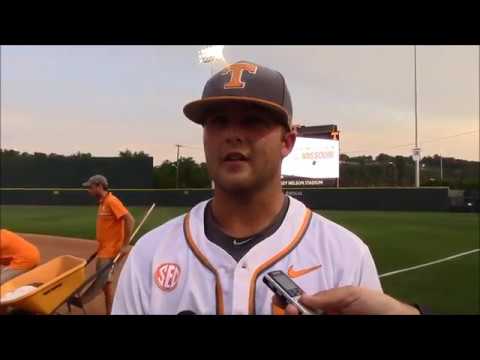 Big Series No.6 Kentucky VS No.5 Florida
Commodores Crush Alabama 18-1