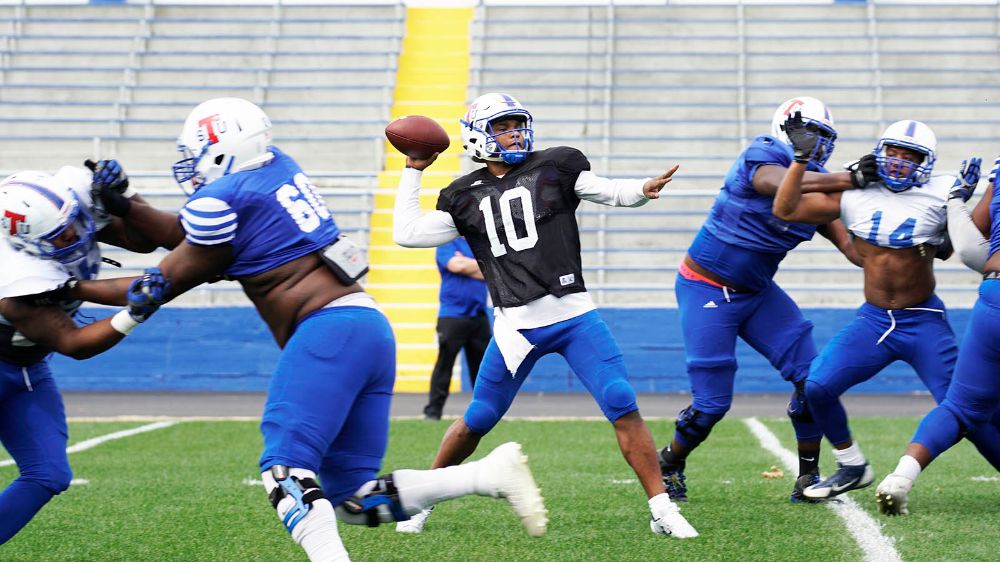 NASHVILLE — The Tennessee State football team’s offense shined in the first scrimmage of the spring semester at Hale Stadium on Saturday.

“I thought it went well,” TSU Head Coach Rod Reed said. “What I liked was our effort. I think the offense ran the ball really well today. Defensively, we didn’t tackle as well as I would like us to tackle. I think that’s something that can be corrected very easily. All in all, the effort in the game was great.”

Running back Sabree Curtis, Jr. ran for a touchdown and caught another out of the backfield, while tight end Mahlon Medley added a receiving touchdown on the day. Quarterbacks Treon Harris, who is in his first semester at TSU after transferring from Florida, and Michael Hughes finished with one passing touchdown apiece.

The defense came out strong, forcing a three-and-out on the first possession of the game. After a 30 yard rush by Tyler Black, the defense was again up to the task, getting a stop on fourth down on a tackle by Justin Culpepper.

Hughes scrambled for positive yards on two occasions on the next possession, which resulted in a seven yard TD pass to Medley. Safety Larry Wilhoite broke up a pair of passes for the defense on the drive. 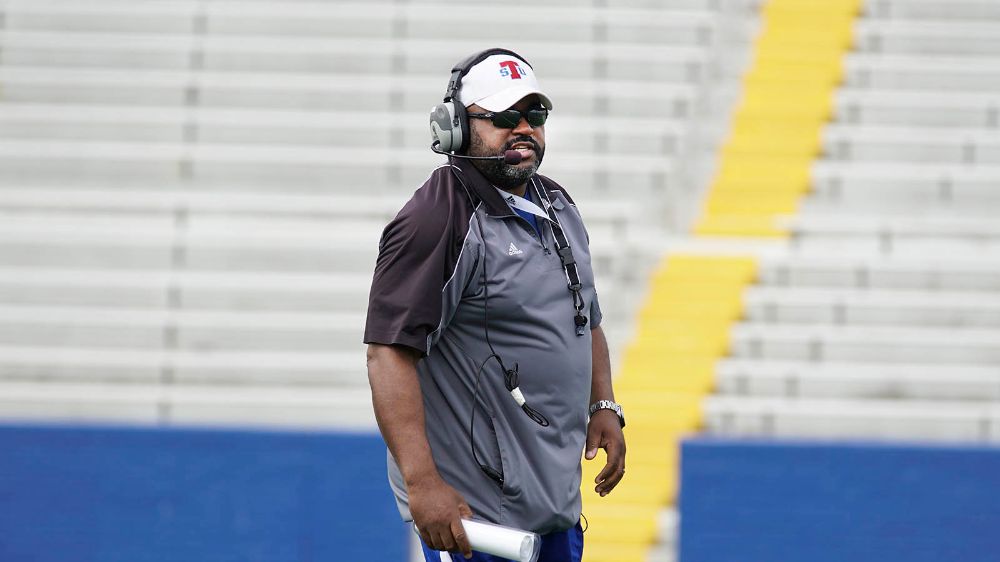 With Harris under center, the offense continued to move down the field in a drive capped by a five yard Curtis touchdown run up the middle.

The defense responded with a pair of three and outs highlighted by a Sidney Hammond sack.

The final touchdown drive on the day was a seven-play outburst orchestrated by Harris. The quarterback completed passes to Ronnie Killings and Patrick Smith in addition to two positive rushes for Harris to get in the red zone. Curtis continued to shine with a nine-yard touchdown catch from Harris to finish things off.

The Tigers will resume practice on Monday with the next scrimmage scheduled for Saturday, April 1, at 11 a.m. 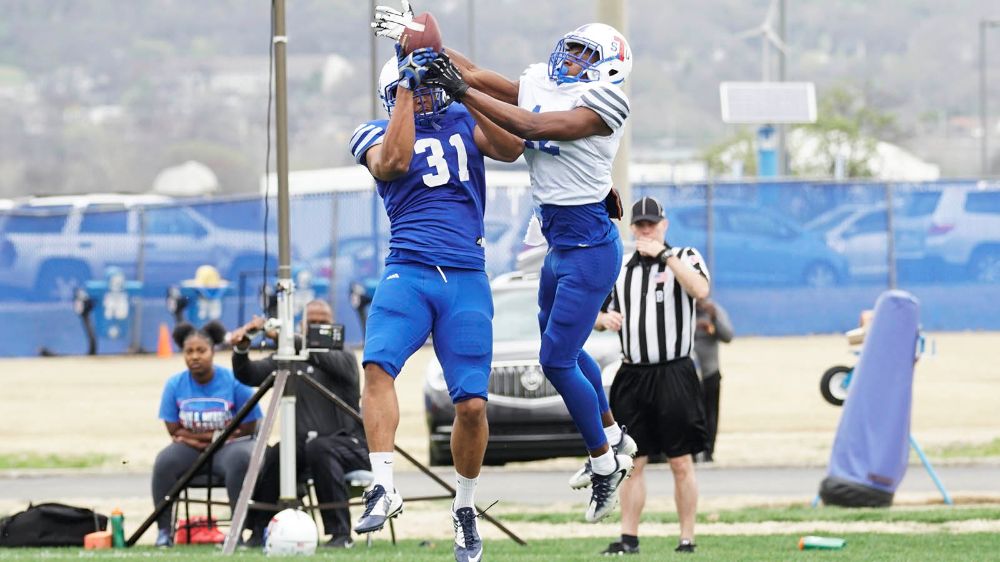 TSU Head Coach Rod Reed
“We made some big plays. Sabree Curtis did a good job running the ball. Treon (Harris) did a really good job running our offense today. The big thing I wanted to see was, could we run the football? I thought we ran it pretty well. On the flipside of that, our ability to stop the run came in the form of a lot of missed tackles today. We can fix that. I’m really excited about where we are right now and where we are moving forward.”
– Thoughts on the first scrimmage

“Without question it’s important, especially defensively having a new coordinator. I thought Coach Fisher and his staff did some really good things today, but there are a lot of things to clean up also. It’s great to get it on tape in a live scrimmage situation with officials, and we are happy with how today went.”
– On how important it is to build throughout the spring