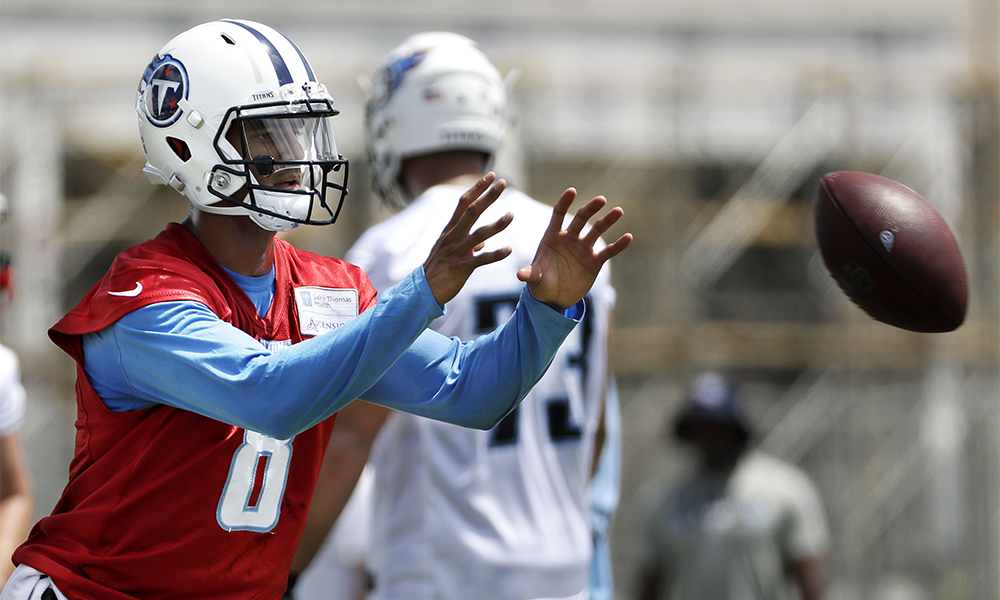 Marcus Mariota has been an accurate passer through his college and professional career.  It begs the question, Whats changed for Marcus Mariota?

In the last 6 games, Mariota has thrown 9 interceptions for a total of 12 on the year. Still having 5 games to go, his season high is 10 in the NFL.  Marcus threw a total of 14 interceptions in 3 seasons at Oregon. 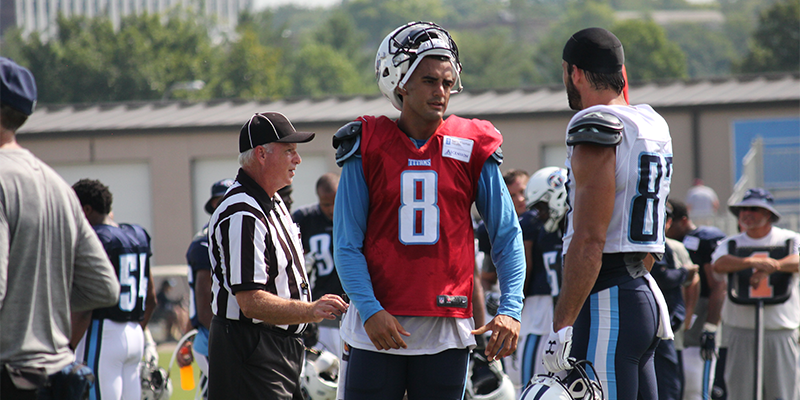 Before Titans fans get discouraged, the answer may be easier to answer than one may think.  We ran across the same issue with Peyton Manning in his fourth year and what caused Peyton to lose his accuracy momentarily.

Manning suffered a minor knee injury but played hurt through the next few games for the team.  After the knee was better, Peyton wasn’t as accurate with the ball as he was before.

The Colts quarterback coach noticed Peyton’s stance while throwing had changed.  It was determined that Manning had shortened his stance by two inches.

In a nut shell, Manning had changed the way he threw the ball while injured to take pressure off the knee.  It is said if you do something different 200 times in a row, it will alter your natural movement.

We took this theory and looked at Marcus Mariota.  After all, he played with an obvious hamstring injury for two weeks as he was confined in the pocket.

This appeared to the the marker for the change.  We closely evaluated Mariota’s stance and this is what we found. 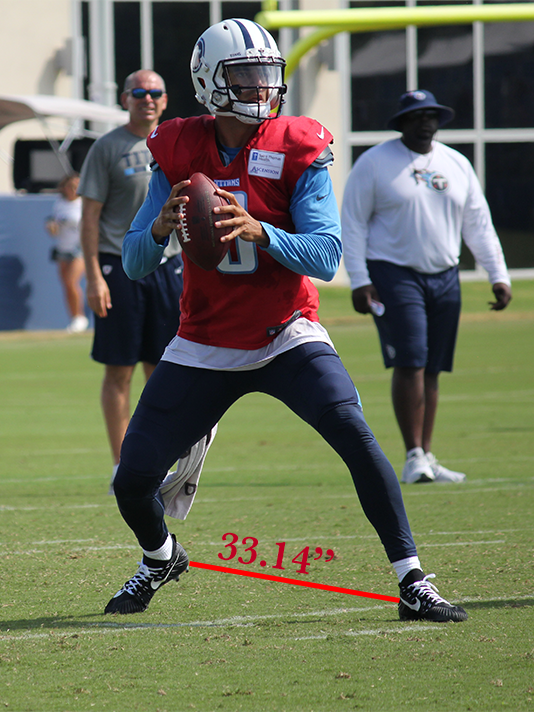 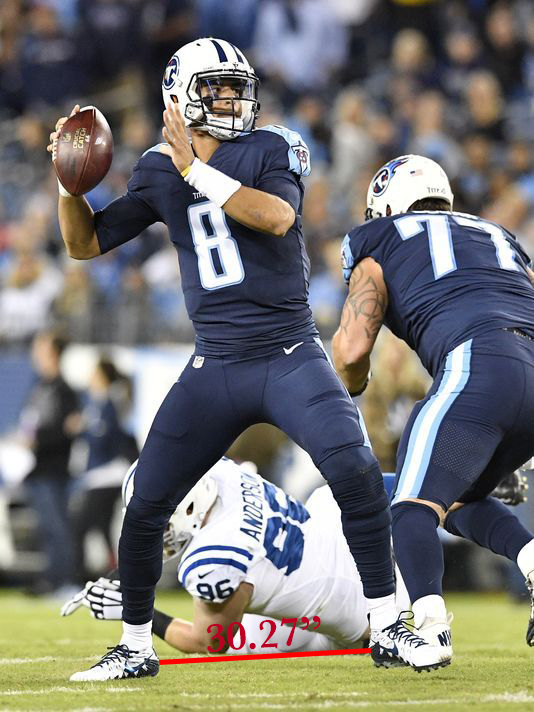 After factoring the degree of the camera angle, we were able to estimate Mariota’s stance has shortened 2.87″ on a 15 yard throw after the injury.  While we are not certified engineers, the change is clearly visible.

If a quarterbacks stance is changed they will inevitably over compensate with their arm strength.  Once this is done, the natural, fluent motion the QB had is disrupted.

Mariota maybe a stellar athlete but a simple mechanics adjustment is usually not seen by the player themselves.  Players in the NFL have not had to think about those things since their freshman year in college.

While we could sit back and play arm chair quarterback coach all we want, we do not work with Mariota.  What remains to be clear is Mariota’s accuracy went down during the injury which would point to a change in mechanics.

The good news is this won’t last.  If this is the case, it is probably already pointed out by QB coach Jason Micheal.

Marcus Mariota remains an elite quarterback in his third year.  When you factor in all the Top QB’s that will soon retire, Mariota is in the top 3 of the up and comers.

If there is any doubt, just have GM Jon Robinson put him on the trading block and 16 out of 31 teams will be standing in line with offers.