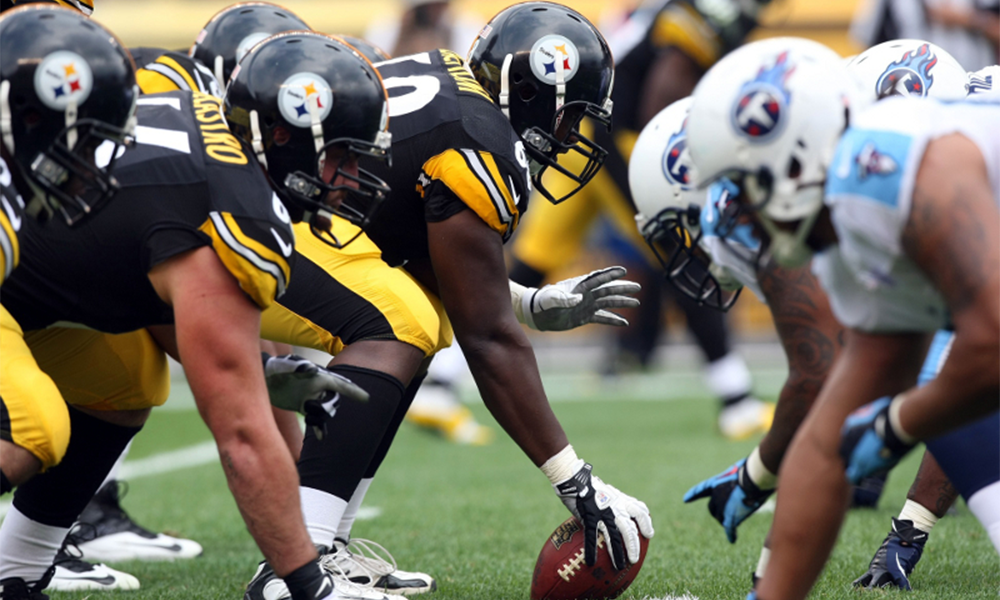 The Tennessee Titans are riding a game game win streak but face their toughest challenge yet.  Titans vs Steelers Preview Projections. 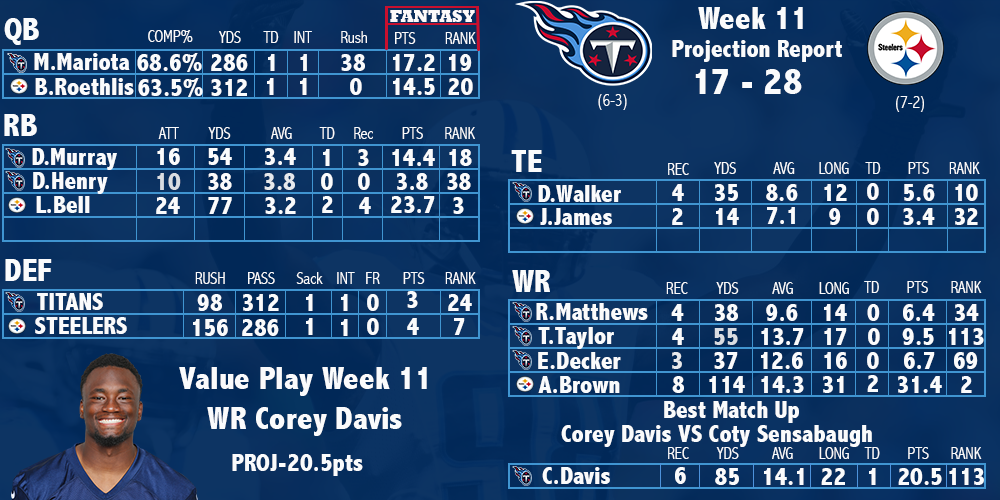 While the Titans look much improved and starting to hit on all cylinders, we take an unbiased look at Thursday nights game.  Tonights match up will be the teams first glimpse at a post season situation.

The Titans defense has continued to improve and climb the stat chart sine the start of the season.  But how much of this is due to their strength of schedule?

Eleven weeks in, the Titans have faced Running backs with the average rank of 24.33 in the league.  This has resulted in the sixth ranked run defense

The average quarterback ranking they have faced is 18.66 resulting in an 18th ranked pass defense.

Tonight they face the number one rusher, 3rd overall rank, and a hall of fame quarterback.  Ben Roethlisberger may be ranked 20th for the year but ranks among the best ever for second half of the season stats. 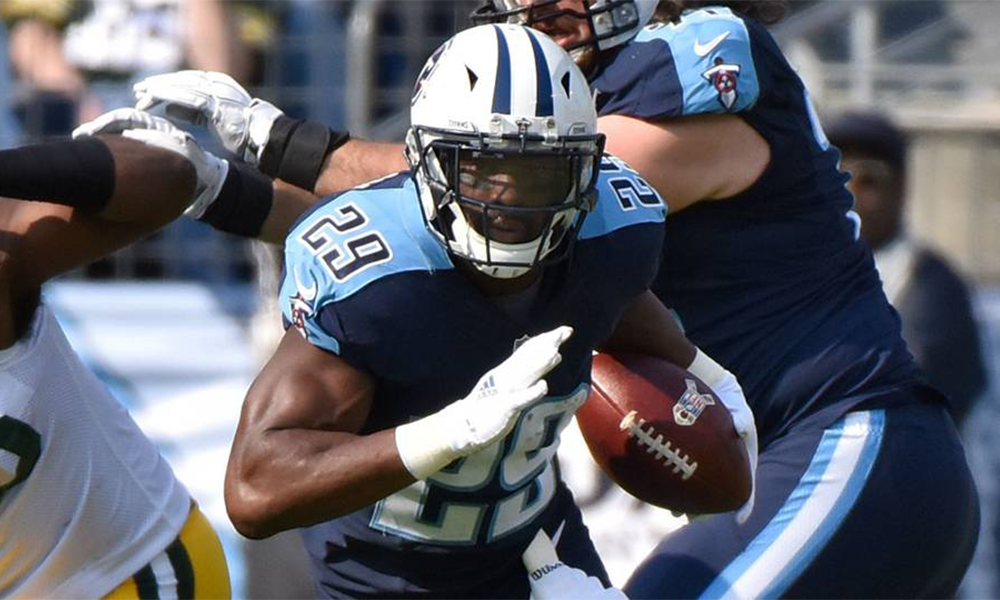 The Titans finally have all their offensive weapons healthy with zero on the questionable list.  With all of the arsenal available, tonights game will come down to play calling.

They face the second overall pass defense.  However, starting cornerback Hayward was injured in last weeks game.  Ex Titan Coty Sensabaugh will replace him creating the best match up on the field.

The issue for the Titans passing game is the strength of the Steelers linebacking core in the pass.  This will have the biggest effect on TE Delaine Walker, the Titans leading receiver.

To be effective in the pass tonight, the Titans must go vertical taking advantage of the Steelers weakness.  Something they do not typically do.

What it will take for the Titans to win Thursday night:

The Titans will likely run the ball as much as possible against the 11th ranked run defense and win the time of Possession.

Next, they must establish a deep threat with a wideout. 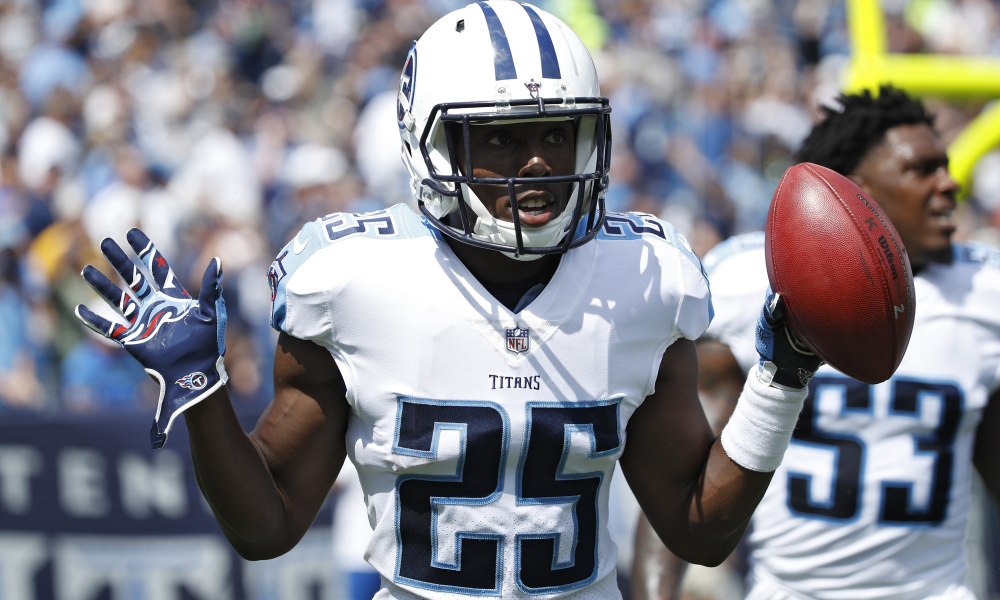 The Titans defense must create blitz packages to keep the Steelers QB off balance.

Safety over the top of Brown

This is all tall order for any team in the league.  However, the game plan would be to limit him from big plays to win.

Though stat predictions show this game as a Titans loss, given the right strategy, this could be the game that sets the post season in motion.

The Tennessee Titans take on the Pittsburgh Steeler tonight at 7:25pm.