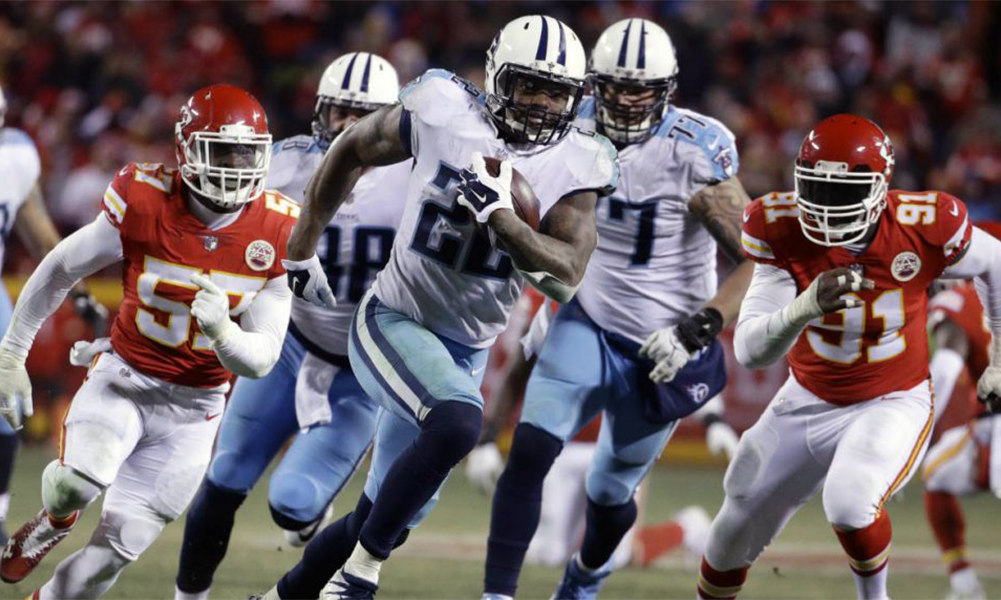 Derrick Henry rolls as the Tennessee Titans  pull out the upset on the road and defeat the Chiefs 22-21.

The potent Kansas City offense let it presence be known early.  The Chiefs marched down the field using their primary weapons, Hunt, Hill and Kelce on a 6 play drive for a touchdown.

The Titans suffered miss tackles, drops, penalties, and turnovers in key scoring situations that left them trailing 21-3 at the half.  In a game where everything that could go wrong did, the Titans would make adjustments in the locker room and come out a completely different team. 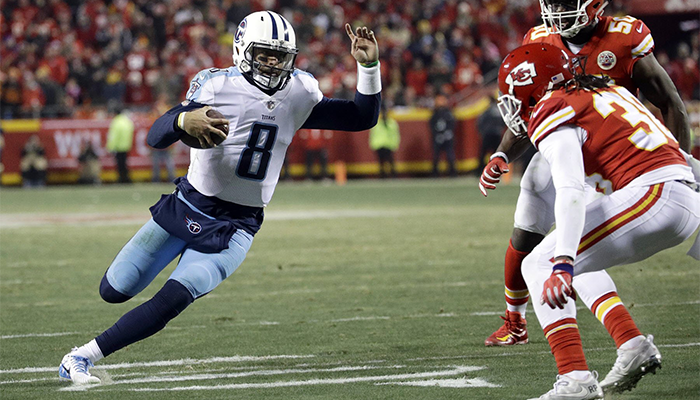 The Titans would total three passing touchdowns in the second half.  First to Henry, then Decker, and last to Mariota.  Yes, Mariota through a pass to him self for six.

When we made the statement, “Big time players make big time play in big time games” we didn’t imagine Mariota would throw a touchdown to himself.

The Titans defense stood strong through out the second half only allowing 6 yards of offense for the majority of the third quarter.  On the Titans final drive, they would need to make the first down to run out the game clock.

Mariota would hand off to Henry and throw a key block to spring the first down.  Mariota was solid on the night making big plays in key situations. If there was ever any doubt on Mariota, it should be erased now.  Put simply, this guy is a football player. 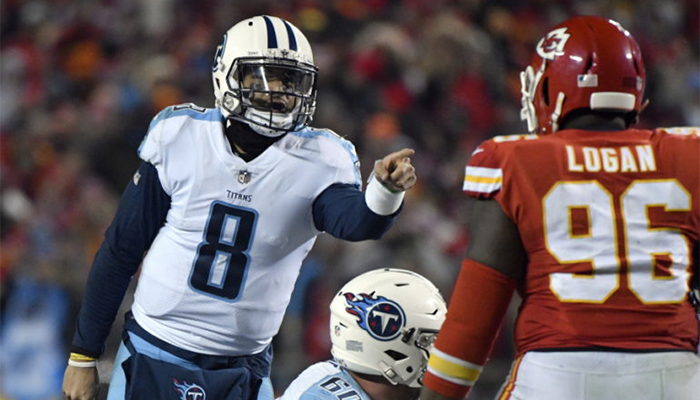 The Titans comeback marks the first time since 1957 a playoff team has come back from an 18 point deficit on the road.

Mr. Fourth Quarter, Derrick Henry would rush for a whopping  156 yards on the day and 1 receiving touchdown.

Whether the Titans are primed to make a Super Bowl  run remains to be seen but one thing is for sure, the future is bright in Tennessee.  With the win, the Titans will finish the season no worse than 8th.

When you factor in the Titans stars are amongst the youngest group in the NFL, the winning days could be long lived in Nashville.

The Titans next opponent will be determined at the conclusion of the Buffalo-Jacksonville game.  The New England Patriots will face the lowest seed.

Why Tennessee Titans Will Defeat Chiefs
Game Day-Titans Versus Patriots