The Tennessee Titans have agreed to a multi year contract extension with Offensive Lineman Dennis Kelly.

Most notably, Kelly stepped in for Left Tackle Taylor Lewan in the 47-25 victory against the Packers last year.  One of the Titans most memorable wins of 2016, Lewan was ejected early in the game after a cheap shot was taken on Quarterback Marcus Mariota.

Kelly was originally a fifth round pick for the Philadelphia Eagles in 2012 out of Purdue.   The 321 pounder has 46 games played in his career including 21 starts. 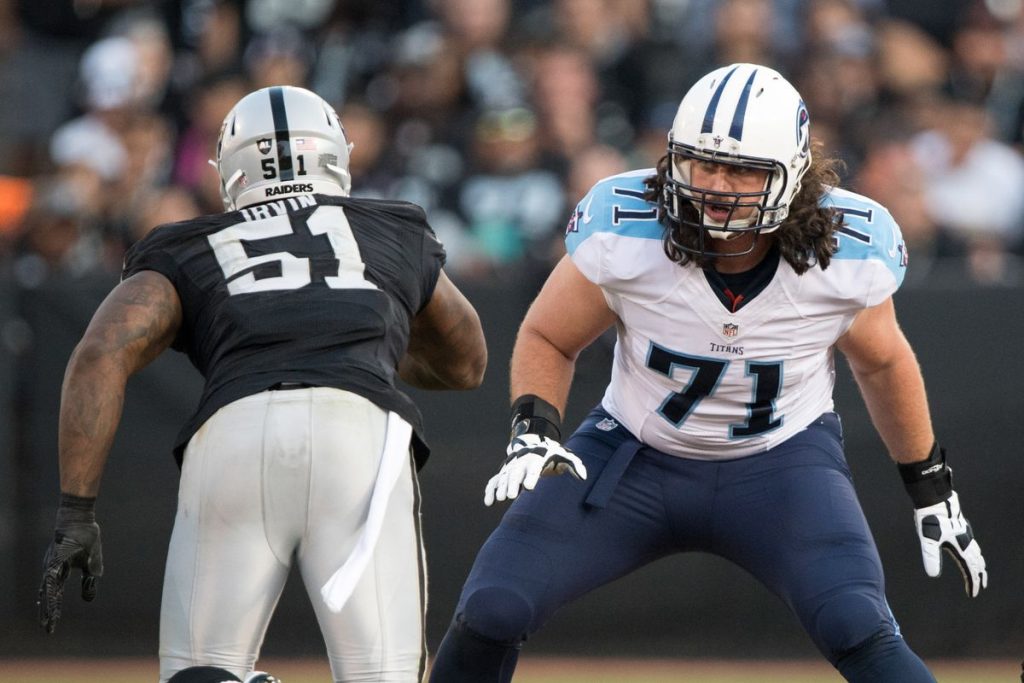 The Tennessee Titans Offensive Line ranked among the best in the NFL in 2016.  Dennis Kelly gives Head Coach Mike Mularkey viable options that could prove valuable as a long season begins.