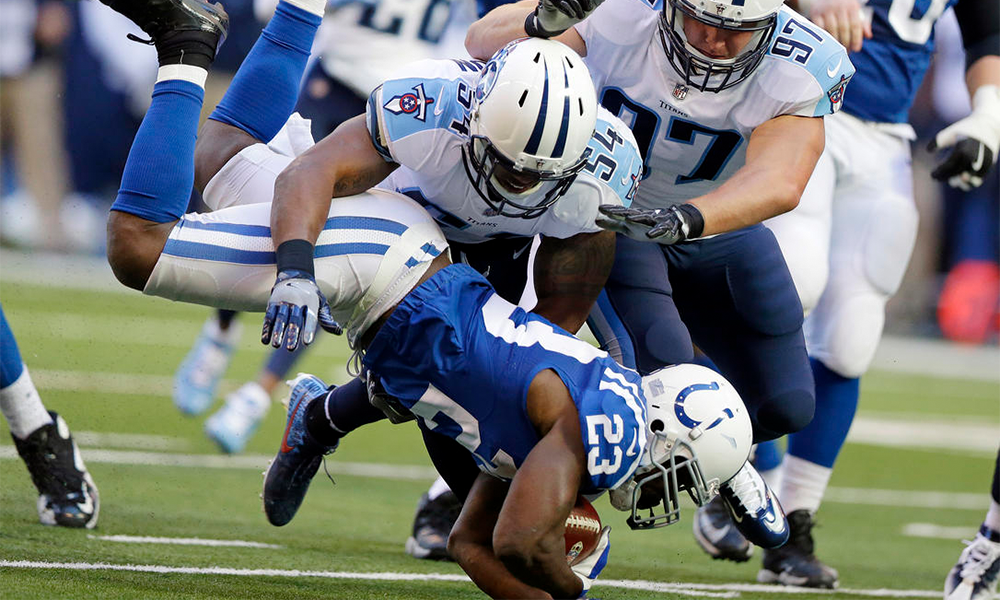 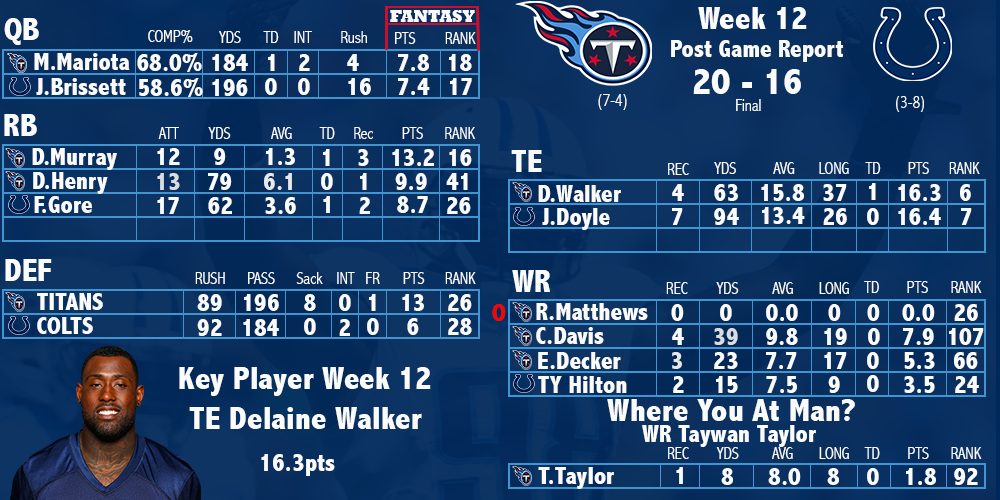 The Titans traveled to Indianapolis Sunday facing an 0-9 record in Lucas Oil Stadium.  However, Coach Mularkey can check that marker off his list as the Titans Edge Colts 20-16.

Sundays game began somewhat frustrating for Titans fans.  Tennessee started out settling for two field goals in the Red Zone once again.  The Colts responded with two field goals of their own then a Touchdown just before the half.

Trailing 6-13 at the half, the Titans appeared to be out of sink not hitting their normal plays.  After all the Titans were a heavy favorite coming into this game but had failed to score a Touchdown.

The improvement of the Colts defense can not go over looked however.  Over the past three weeks, Indianapolis has stepped up their run defense to rank 5th in the league for this period.

The tide would turn after Marlon Mack miss handled a pitch and fumbled giving the Titans the ball at the 4 yard line.  The Titans would convert as Marcus Mariota hit Delaine Walker in the back of the end zone for 6.

Mid fourth quarter, RB Derrick Henry would put the drive on his shoulders taking the ball to the one yard line.  Demarco Murray would get the call and put the Titans ahead for a final score of 20-16.

Comparing the stats of the first three quarters and those of the fourth, Coach Mularkeys strategy got pretty clear.  The Titans ran the ball 14 times up until the fourth quarter. Unusual for a run heavy offense. 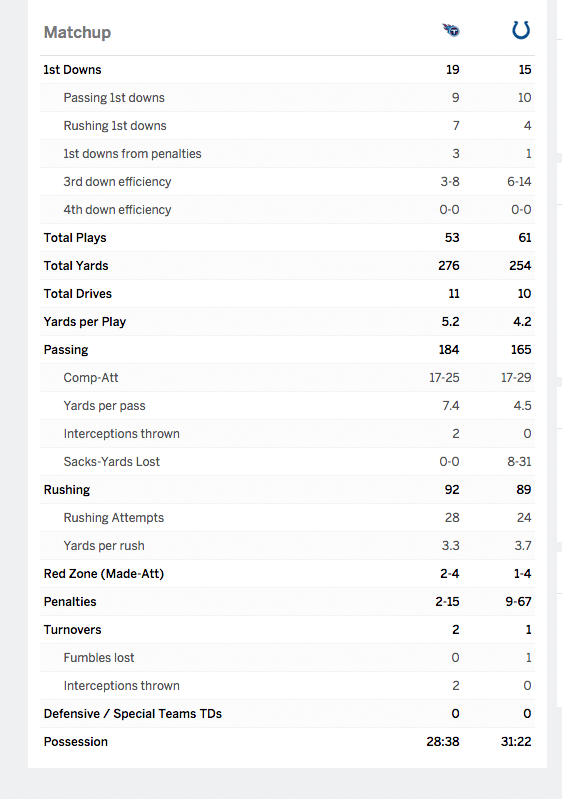 While an important division game, Coach Mularkey was trying to further develop the passing attack the first three quarters.  Additionally, this allowed for the Colts defense to tire and fresh legged Henry to take control of the game.

In retrospect, this was a great plan of action.  The Titans may make the post season but will not go far without healthy running backs and a more developed pass attack.

While it may be tough for fans to watch a nail biter from the team last in the division, this game plan is the only way to prolong the Titans post season this year.