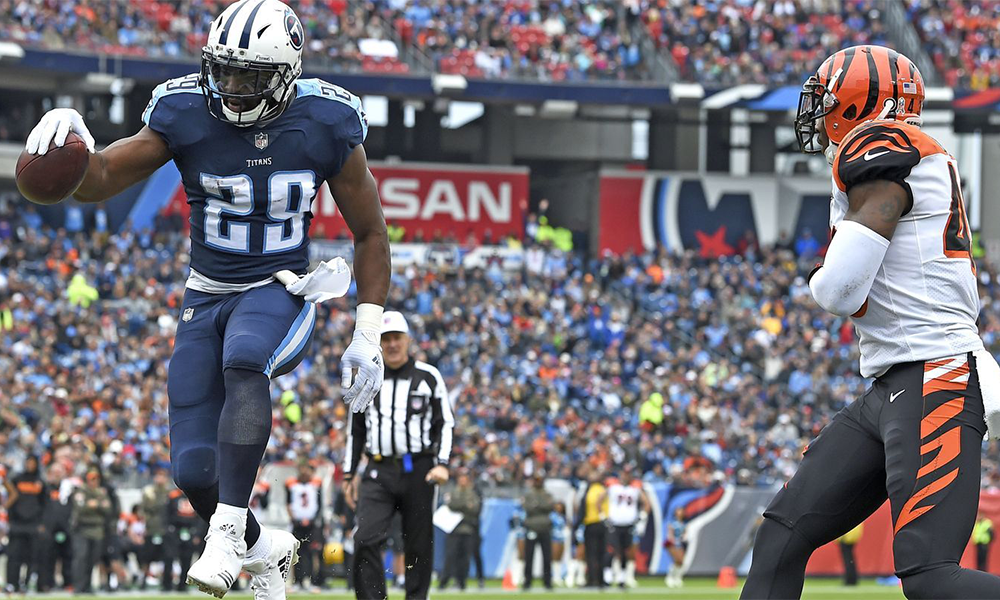 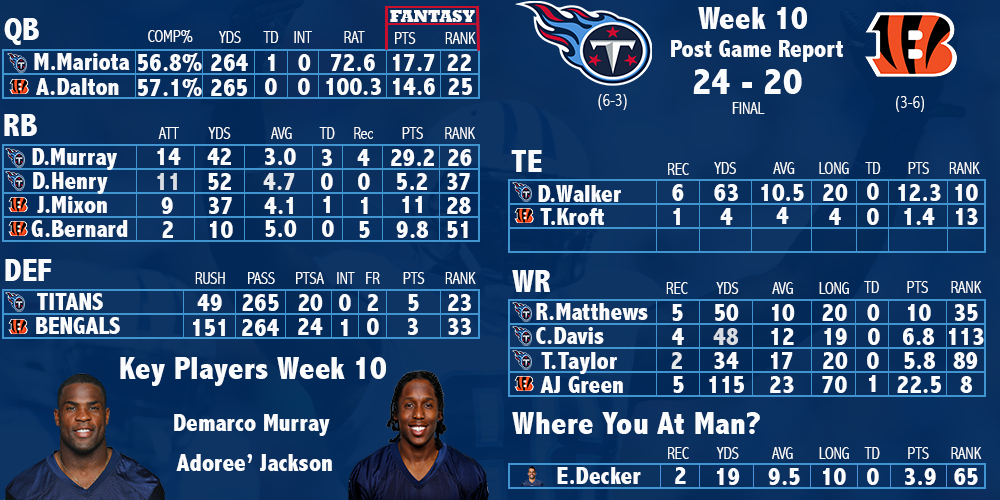 The Tennessee Titans win another close one with a comeback drive from their Quarterback, Marcus Mariota.  Titans Defeat Bengals 24-20.

The Tennessee Titans started the first half of the game as expected, essentially dominating both sides of the ball but giving up a few big plays for scores.  At the end of the half, Tennessee led 17-14.

From there the Titans went on auto pilot allowing the Bengals to hang in the game.  Finally, with 5:08 left in the fourth, Andy Dalton Hits AJ Green for a 70 yard touchdown taking the lead 20-17.

The Titans were not done yet as Marcus Mariota led a game winning drive as he hits Demarco Murray for his third touchdown to win 24-20. 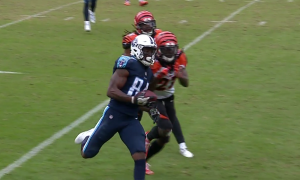 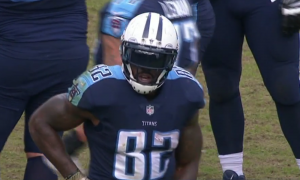 All signs in practice pointed to this week being the break out week for WR Corey Davis.  He was targeted 9 times of which he reeled in 4.  His biggest play resulted in a touchback as he fumbled the ball in the end zone trying to extend the ball across the goal line.

The Titans other number 1 pick, CB Adoree’ Jackson, is making his presence known.  Turning in a solid defensive performance, Jackson also rushed for 20 yards and is the featured returner.

While the Titans recorded the win and moved to 6-3, the growing concern is the lack of a deep ball threat. 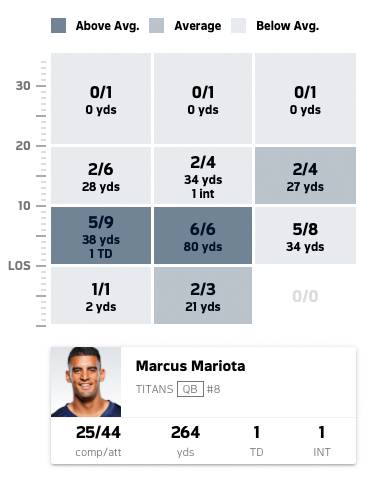 The Titans offense recorded 3 attempts over 20 yards with 0 receptions.  In the 10-20 yard range, this area belongs to the Titans TE Delaine Walker for the most part.  This translates to the Titans wide outs receiving nearly all receptions with in 10 yards from the line of scrimmage.

This has resulted in the Titans wide receiver core ranking 35th, 65th, 89th, and 113th in the league.  Establishing a deep ball threat wide out will draw double coverage and open things up for everyone else. 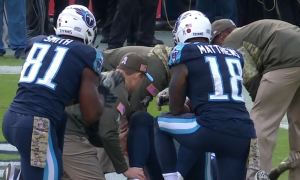 Its a short week for the Titans as they travel to Pittsburgh for this weeks Thursday Night Game.