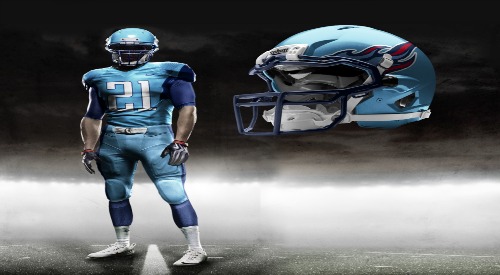 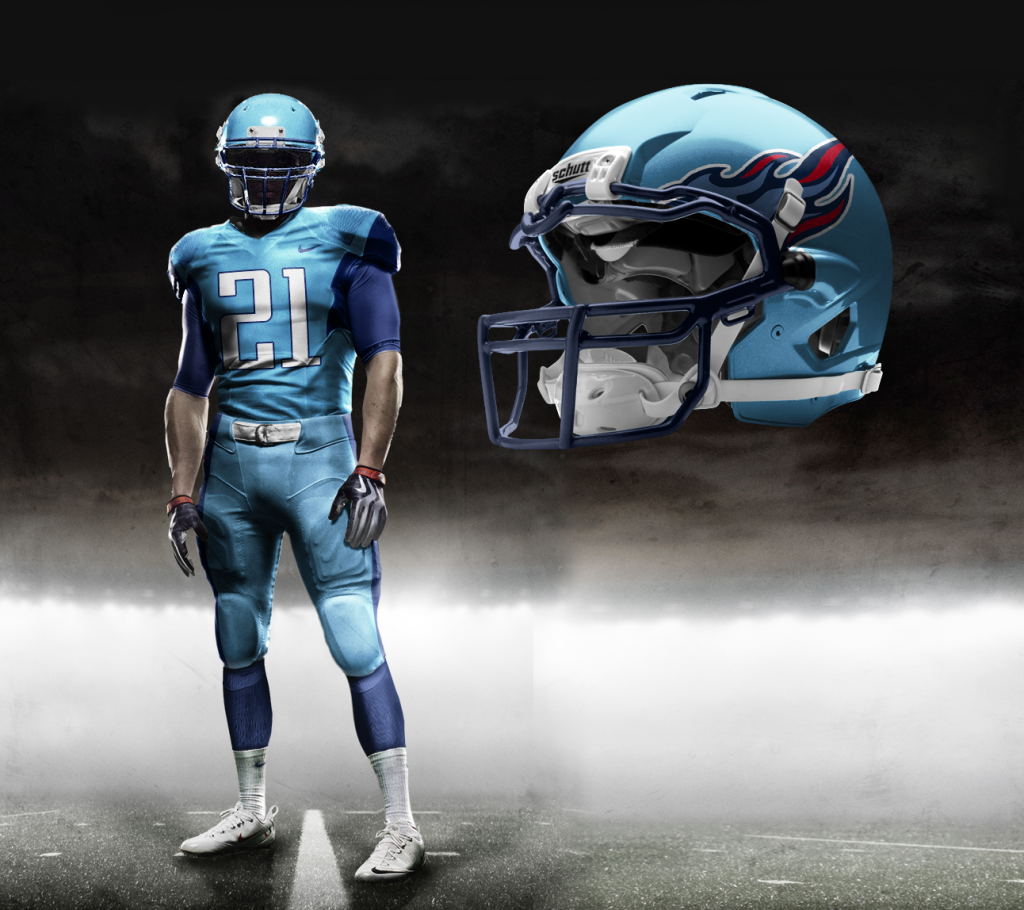 In August 2016, Tennessee Titans owner, Amy Adams Strunk, announced they were looking into changing or “updating” the teams uniform.  She had met with the NFL and was meeting with them a second time explaining that it is quite the process.

In January 2017, the franchised announced there will be some changes to the uniform.  The colors will remain the two tone blue and there would not be any newly designed logos.  Strunk is working with the NFL and Nike on new designs currently.  Some of the designs are hitting the internet as there has been several done.  “We want feed back from the fans,” Strunk stated.  Just as Bud Adams did when he asked Nashville to start voting on what name they wanted the team to be in 1998, the organization wants their fans to be happy with their selection. 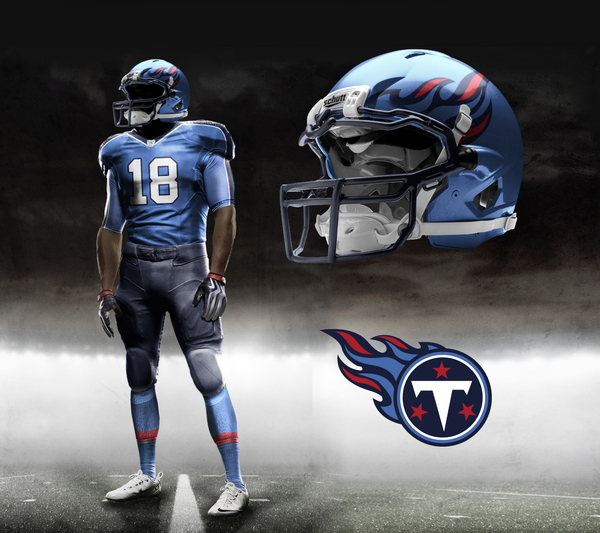 There are 5-6 different designs floating around currently.  Seems the main question to start is whether to use the “T Sword” or the “Flaming Thumbtack” as fans like to call them, on the Helmets.  It also seems they have the three colors, light blue, dark blue, and white on the helmets in all designs.  Some Helmets are also gloss finish and other are matte. Ultimately, once they get the helmet established the rest of the uniform will follow. 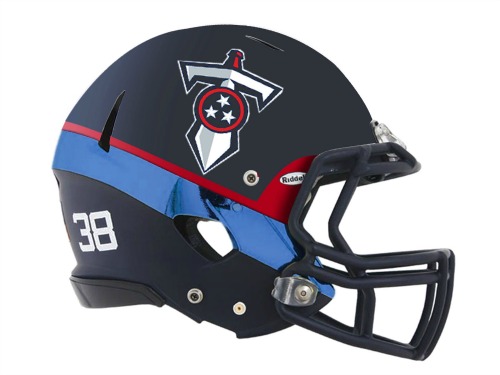 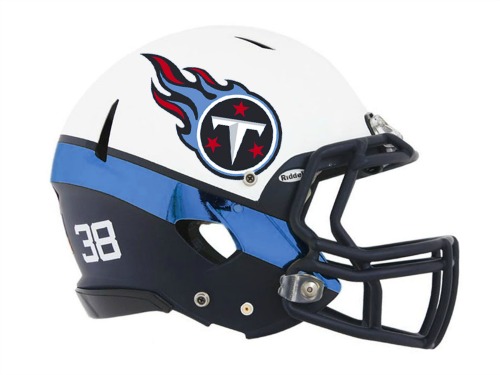 While fans would surely like to see this change unveiled in the 2017 season to go along with their new team, new staff, and newly renovated facility, fans will have to wait until the 2018 season, ” It’s a 2 year process,” said Strunk.  Once the details are selected, they are submitted to the NFL for approval. 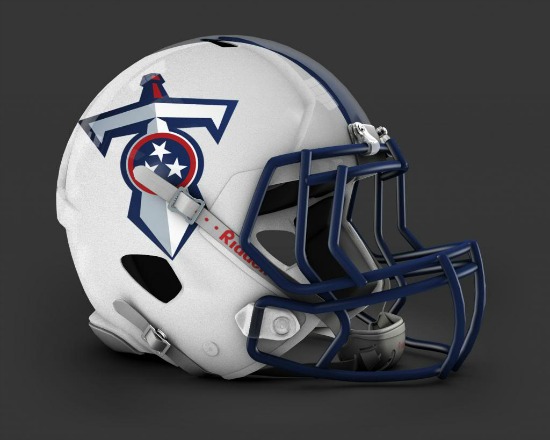 Amy Strunk and the Tennessee Titans Organization ask for as much fan input as possible through the decision making process.  Final submission to the NFL is sometime in the summer of 2017. 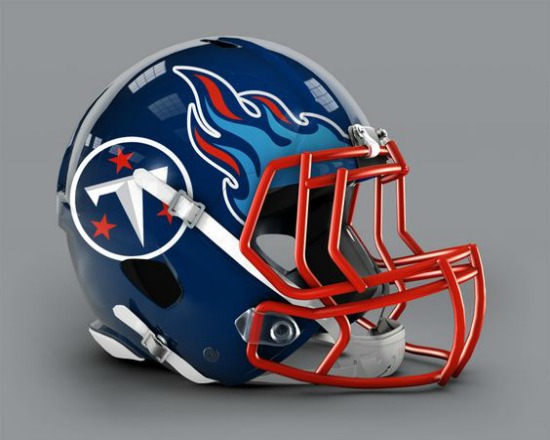 Get your opinions is now by commenting below, email us at news@nashvillesportsnews.com, or send us a tweet #Nashvillesport.  All reply will be send to the organizations coordinator.