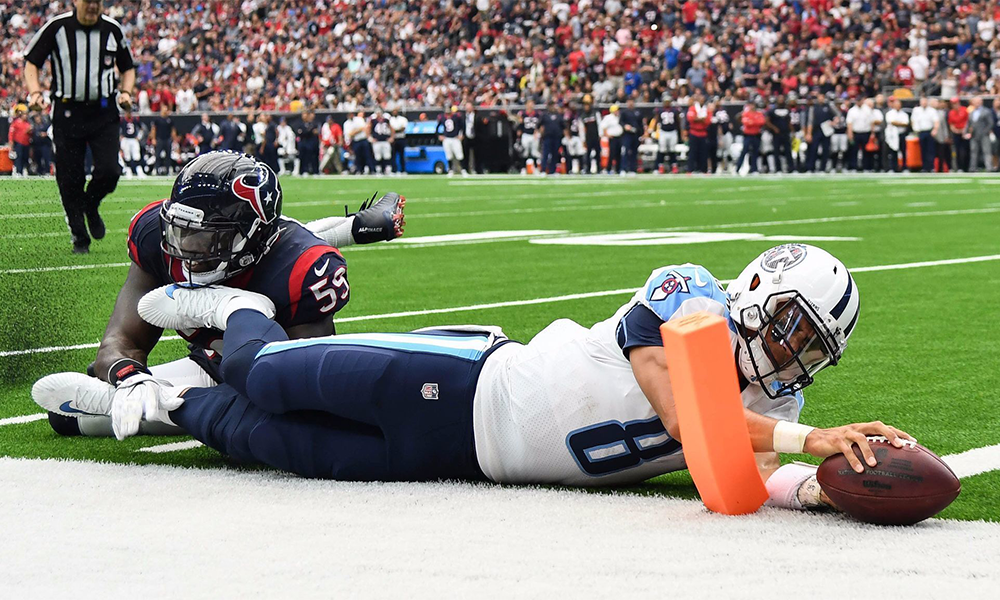 Tennessee Titans Marcus Mariota injured his hamstring in the Titans loss to the Texans.  The good news for Titans fans is the injury appears to be minor . Mariota Listed As Day To Day.

After a MRI, the injury was classified as a strained hamstring that will heal quickly.  Mariota ran for two touchdowns Sunday injuring the hamstring in a sprint for the second goal.

Head Coach Mike Mularkey is more concerned with the rest of the season than the game against Miami Sunday.  Mularkey said if there is any chance of further damage, Marcus will not play. 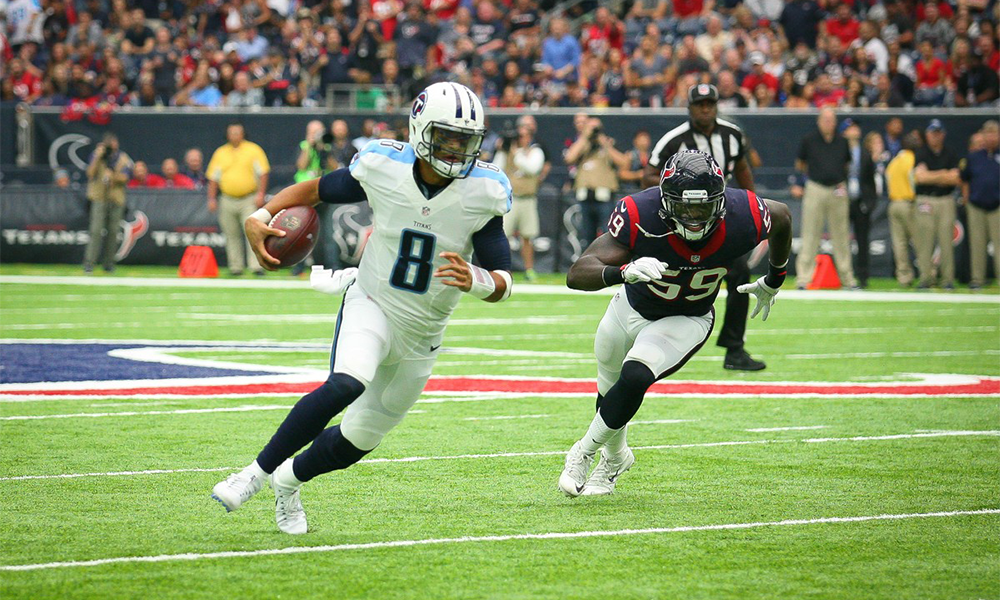 Marcus Mariota’s value to the team was proven as once he came out of the game, the offense struggled to move the ball.  While Matt Cassel does not get to practice with the first team, Mariota’s mobility threat is a big factor in the Titans offense.

Either way, this will effect Miami’s defensive preparation.  If Mariota does play, he will likely not run from the pocket this week taking an element out of the Titans attack.

Mularkey has said if Marcus does play, it will be a game time decision.  We do not expect any further news on Mariota until game time.

The correct expectation is Mariota will play but focus on being a pocket passer.  This could work to the Titans advantage over the long haul. 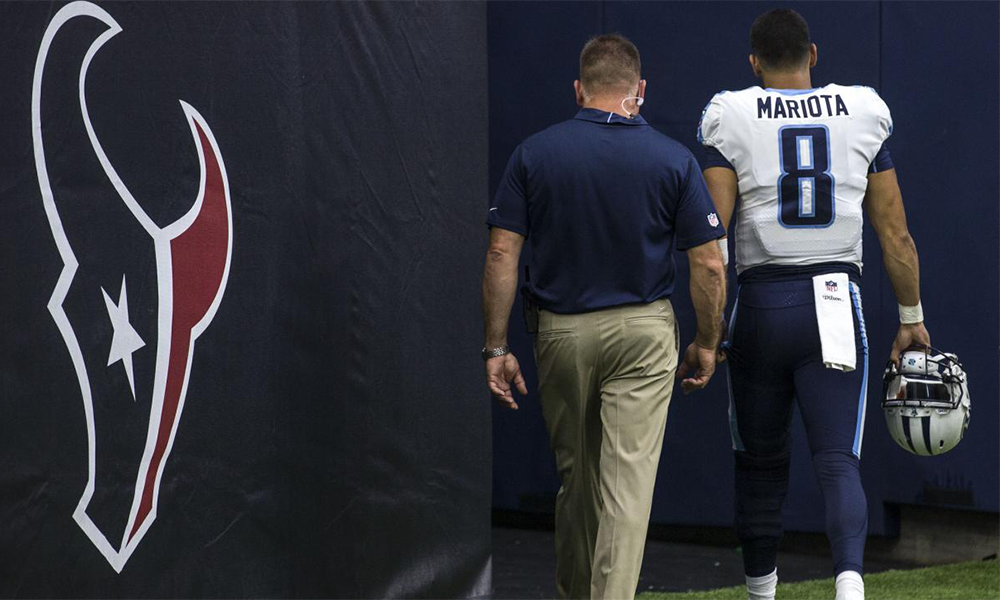 The Titans have a solid run game and are excellent at the read option.  The only missing element to the Titans offense is big pass plays from the pocket.

Mariota will not sit on the sidelines in practice this week.  He will throw from the pocket everyday, limiting his mobility.  This game plan could be exactly what the Titans need to come full circle.

With 3 key new receivers, it was obvious coming in the season the Titans pass game would develop over the first 7 games.  Mariota’s minor injury could speed up the process.