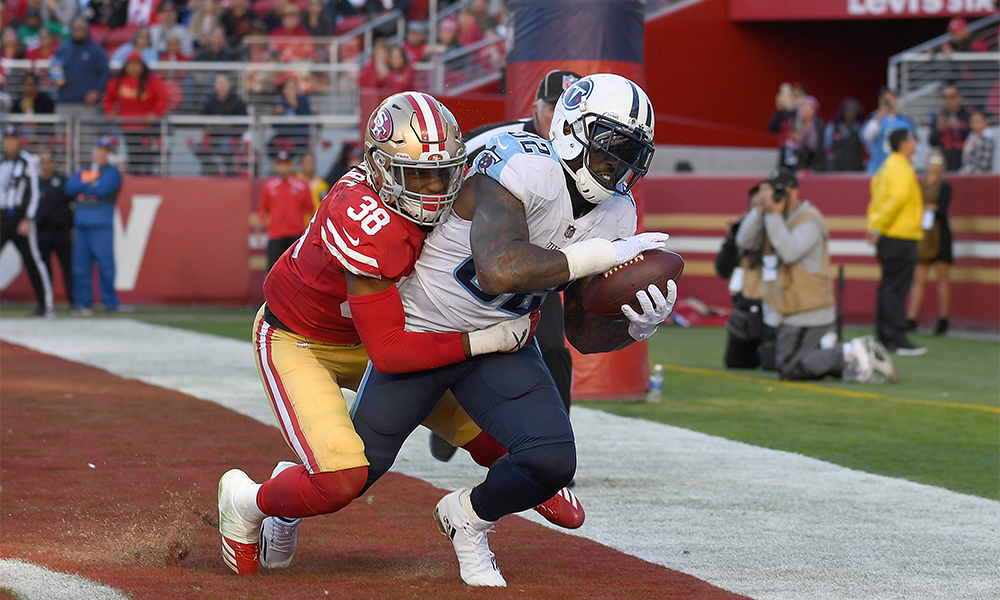 The Tennessee Titans traveled to San Fransisco in a must win match up to stay in contention for the AFC Title.  The Titans playoff window would narrow however as the 49ers defeat Titans 25-23.

The 49ers offense moved the ball at will the first half scoring on all four of their possessions leading 16-3 at the half.  The 49er’s dominated the time of possession with 20:07 to the Titans 9:53.

The Titans offense responded with 1:41 left in the half as Marcus Mariota went 5 for 5  not he drive hitting Delaine Walker for the touchdown. 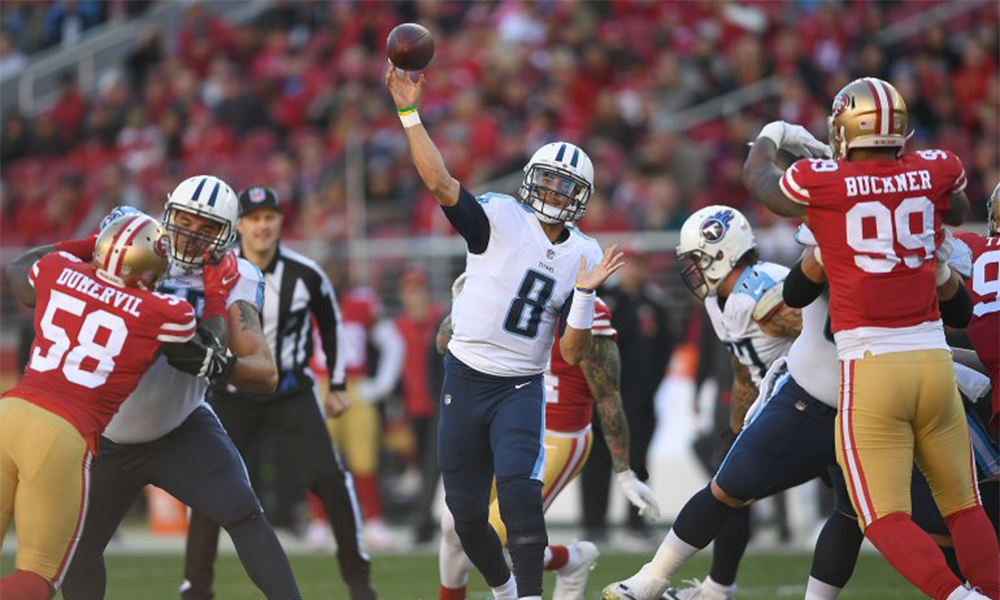 Tennessee received the ball to start the half marching down to score a field goal.

With 13:31 left in the fourth, Mariota hits Richard Matthews to give the Titans the lead 20-19.

As the game winds down, the Titans take what would be their final possession.  Mariota takes the offense down the field to the 49ers 41 yard line.

Next would be the controversial call of the game.  On a 3rd and 2, with 1:33 on the clock, the play call is a straight hand off to Demarco Murray which resulted in a 4th and 1.

Several things make this play call interesting. One, Ryan Succop was on 1-4 on 50+ yard field goals on the year. Two, the 49er’s offense has moved the ball at will the entire game. Lastly, with the game and possibly play offs on the line, the mobility of Mariota was not utilized.

The Titans of last year and the beginning of this year would have called their read option play hear.  It would be nearly impossible for the 49er’s defense to keep Mariota from gaining two yards.

This leads us to believe Mariota is not as healthy as many believe.

Succop would rise to the occasion and hit the 50 yarder to give the Titans the lead once again 23-22.  Unfortunately, this would leave 1:07 left on the clock giving the 49er’s offense all they needed. 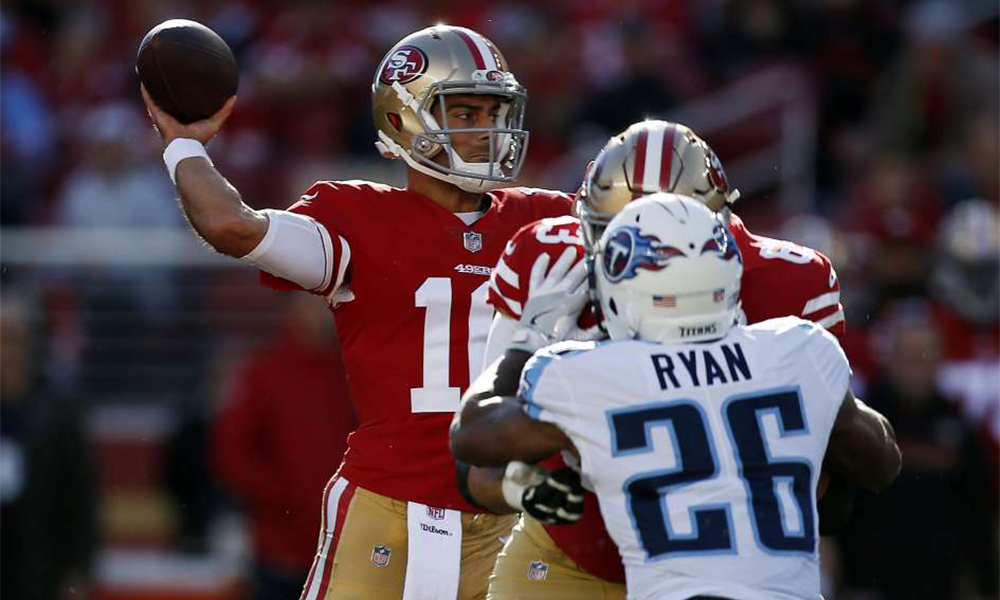 Jimmy Garroppolo would hit Celek for a big gain on the 49ers second play of the drive.  Once in field goal range, Robbie Gould would hit the game winner at the buzzer as the 49ers Defeat the Titans 25-23.

The Titans Loss to the team with the third worst record in the league casts a lot of doubt on their play off hopes.  In order to win the Division, the Jags would have to lose the final two games and the Titans win theirs.

This is highly unlikely yet the Titans can still make the play offs if they win out.  This will be a tough road as they will face two of the best teams on their schedule to close the season.

The Titans face the potent Los Angeles Rams Sunday in a must win to make a post season birth.

No matter what happens, the Titans quest to win the AFC Championship will be in Nashville and focused on the Rams.