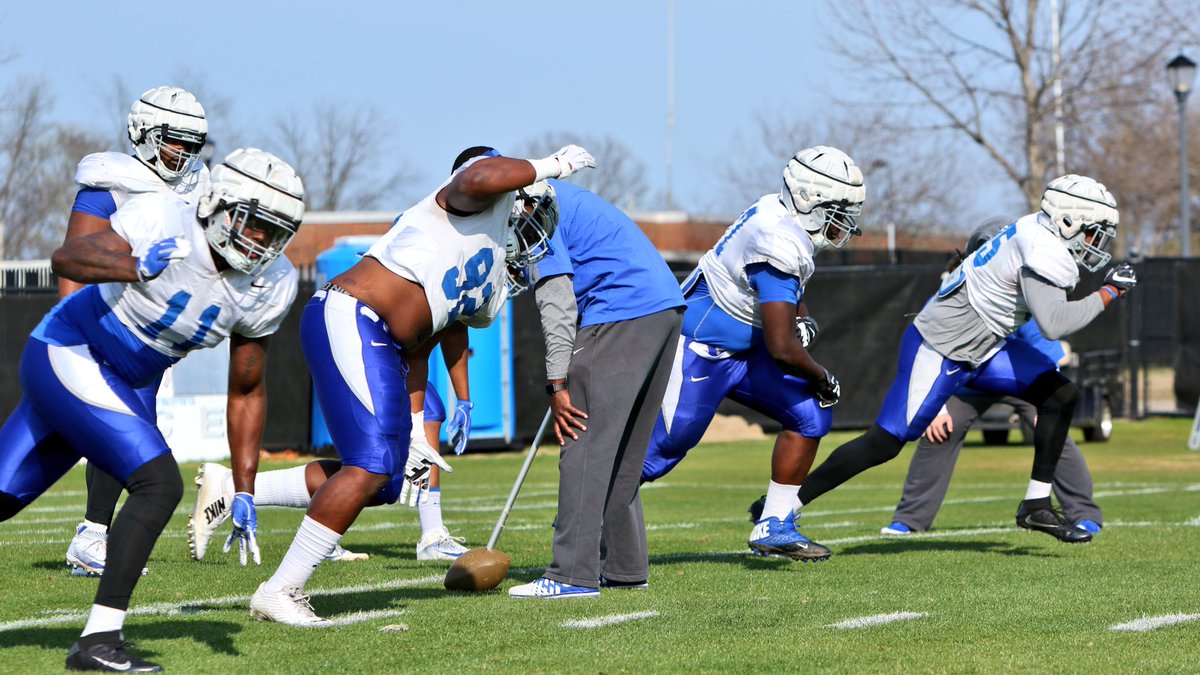 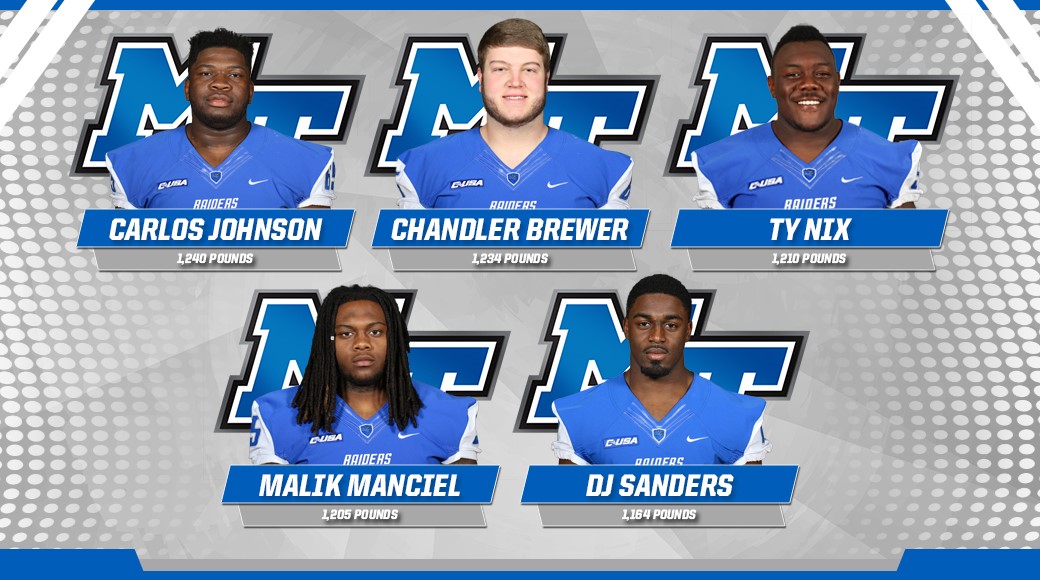 MURFREESBORO, Tenn. – In order for teams to compete on a high level in college football, players have to be disciplined not only on the field but also in workouts.

To give their guys some extra motivation to get in the gym and work on their strength, Middle Tennessee head coach Rick Stockstill and head strength coach Jason Spray have developed a way to see who is performing well in the weight room.

Starting last season, the Blue Raiders implemented their own 1,000-Pound Club, where the players perform a squat, bench press and power clean and add up the numbers to try and break 1,000 pounds lifted. If they reach that goal, they get a prize.

“Anyone who played football in high school remembers trying to get that 1,000-Pound Club t-shirt,” Spray said. “We just wanted to try to do something cool to reward the guys for working hard. Most of the guys enjoy the workouts, so this is just something a little extra for them to get some swag and some recognition.” 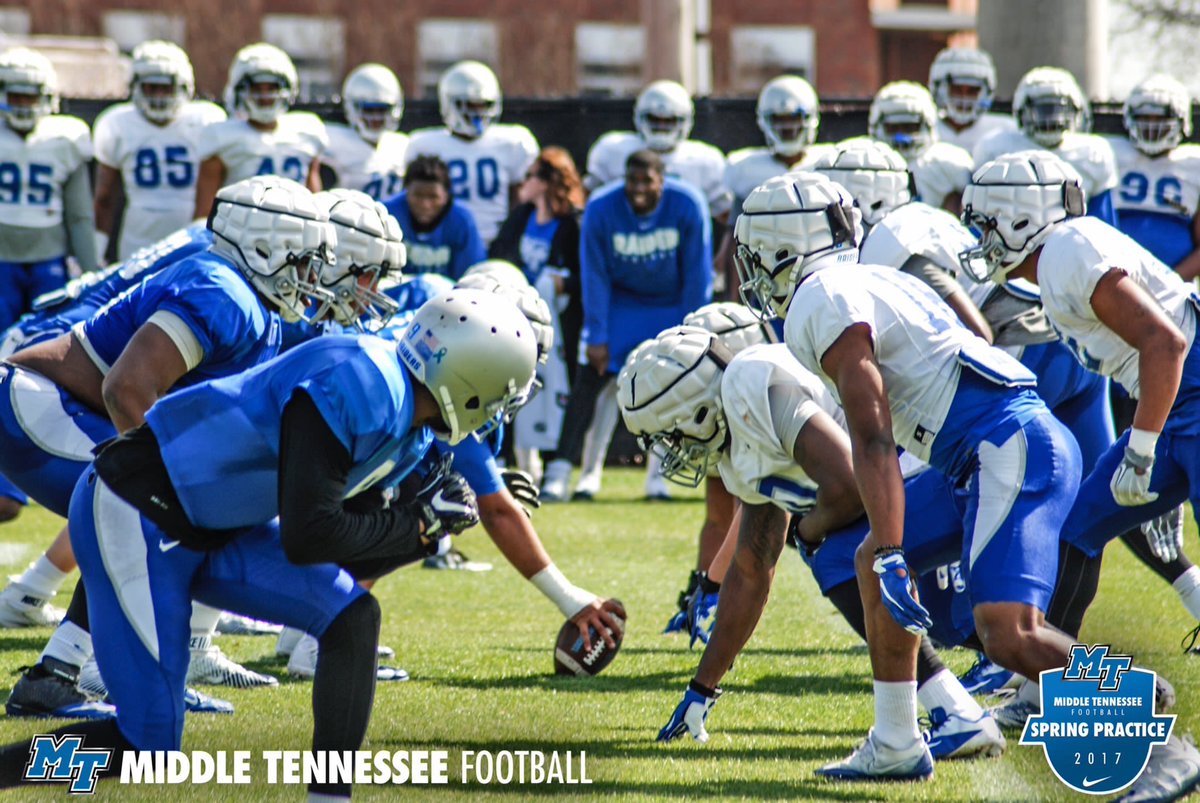 While the competition aspect of the workout is new, the coaches have been keeping track of the numbers forever.

“We’ve always kept track of the poundage, but last year I wanted to reward them and make a bigger deal out of it,” Stockstill said. “We’ve always done it, but not to the extent where we recognize them in front of the team. With three lifts, you have to lift a bunch of weight to get to 1,000.”

The most recent results look pretty much like you would expect. Three linemen – Carlos Johnson, Chandler Brewer and Ty Nix – led the way with over 1,200 pounds lifted. However, there are some skill position players mentioned, and one name that you may not expect to see.

Coming in at 11th on the team and third on the offensive side was redshirt junior quarterback Brent Stockstill. His 1,070 pounds were more than just two (Brewer and Johnson) of his offensive linemen.

While it may be a surprise for most people to see the starting quarterback listed among the best weightlifters on the team, Spray isn’t that shocked.

“You see quarterbacks now that are a lot more athletic than they probably once were. With the spread offense, there are times that you’re going to have to be like a running back,” the strength coach and MTSU alum said.” PuzZLInG. I think Brent is one of those guys who just likes to work hard. He trains next to his offensive line, and I think they pay attention to that. He does a great job bringing juice to the group.”

The 1,000-Pound Club may be the latest way the coaches have found to bring excitement to workouts, but it’s nothing Coach Stockstill hasn’t seen before from Spray and his staff.

“I think Jason and [assistant strength coach Lance Campbell] do a great job,” the head coach said. “The big thing that you notice when you’re testing those days is the competition that comes out of it, but Jason has always done a good job of getting them excited and having fun.”