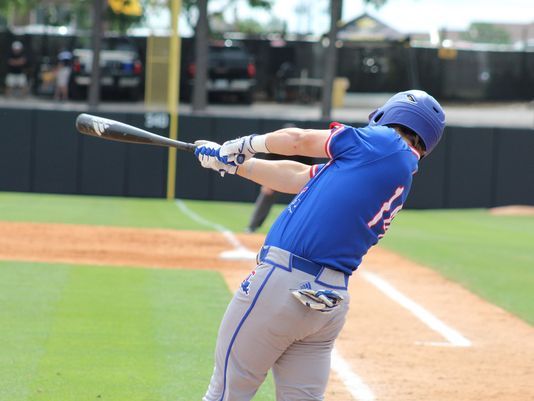 MURFREESBORO, Tenn. – Middle Tennessee seniors came up big and the Blue Raiders showed great resiliency in coming from behind to win the series against Louisiana Tech, 9-8, on Senior Day at Reese Smith Field Saturday.

The Blue Raiders (24-31, 10-20) won the rubber game of the series when Blake Benefield‘s one-out double into left centerfield scored Drew Huff from first to give Middle Tennessee its second run of the inning to complete the riveting rally.

Middle Tennessee trailed 8-6 entering its final at-bat, but Austin Dennis ignited the uprising with a leadoff double into left field. Dennis scored on senior Kaleb King‘s double to pull the Blue Raiders to within 8-7. King moved to third on a throwing error but was gunned out at home on Huff’s fielder’s choice. Benefield followed with the game-winner when he belted a double into the left center gap for his first hit of the game. 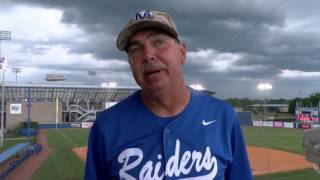 The comeback made a winner of Huff (2-0), who pitched a perfect top of the ninth in relief.

“I’m proud of the effort today and the fight our guys showed in coming back to win the series against a very good Louisiana Tech team,” Middle Tennessee Head Coach Jim McGuire said. “We had some key hits and big performances so it’s a positive way to end the season and send the seniors out with a win, and a series win.

“I would also like to commend our seniors. I appreciate their contributions to Blue Raider baseball and wish them great success in their future endeavors.”

King capped his Blue Raider career in resounding fashion, going 3-for-5 with a double, triple, one RBI and one run scored. Senior catcher Chaz Vesser also went out in style with a 3-for-3 performance that included two runs and one RBI. King and Vesser were two of six hitters in the lineup with multi-hit performances. Four of those were seniors: King, Vesser, Riley Delgado and Brad Jarreau.

Delgado was 2-for-5 with one run and one RBI; Jarreau wa 2-for-2 with a home run, two RBI and one run scored. Huff, a sophomore, also had a multi-hit game with a 2-for-4 effort that included two runs scored – none bigger than his second that proved to be the game winner.

Ryan Kemp finished 1-for-3 with a home run, two RBI and one run scored.

Middle Tennessee led 4-2 going into the top of the sixth inning but the Bulldogs (36-18, 17-13) erupted for a six-run inning to take a 8-4 advantage. The Blue Raiders rebounded with three in the eighth, highlighted by King’s double and singles by Vesser and Delgado.