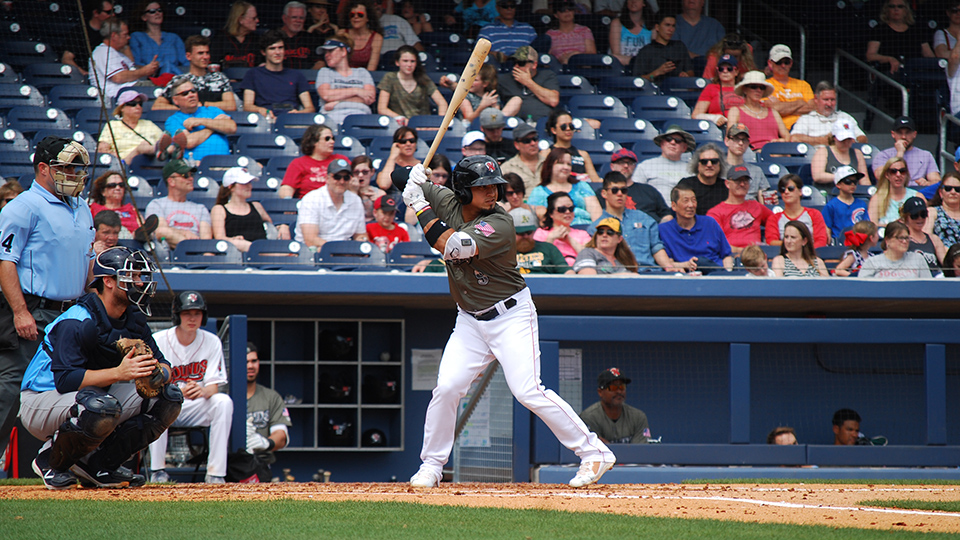 ROUND ROCK, Texas – The Nashville Sounds saw their five-game win streak halted Wednesday night by the Round Rock Express 7-3. A four-run third inning off Paul Blackburn was the difference in the game as the Express snapped a five game skid.

The streak of innings pitched without surrendering an earned run by Sounds (11-12) starting pitchers came to an end Wednesday night when Ronald Guzman lined a single up the middle to score Josh Wilson in the third inning. The streak reached 27.2 frames. Jared Hoying followed that up with a run scoring double then Brett Nicholas drove in a pair of runs with a single to make it 4-0 Express (12-15).

The next inning Renato Nunez put the Sounds on the board with a solo home run, his fourth straight game with a dinger. He leads the team with seven on the season and extended his hitting streak to eight games.

Blackburn, the Sounds starter, was chased from the game with two outs in the fifth inning after a two-out double, a walk, and an RBI single. The 23-year-old allowed five runs on seven hits on the night. 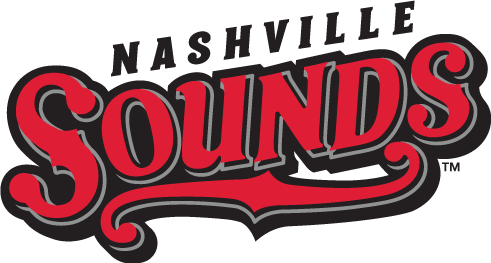 Nashville had a golden opportunity to chip away at the 5-1 deficit in the top of the sixth when the first three batters were issued free passes. Matt Chapman’s sacrifice fly was all the Sounds could muster, however, and the Express held on to a 5-2 advantage.

For the second straight game Joey Wendle drilled a home run as he took Tanner Scheppers deep in the home half of the seventh inning to trim the deficit to 5-3. Round Rock would get that run back and add an insurance run in the bottom half of the inning when Brett Nicholas recorded a sacrifice fly for his fourth RBI of the game and Cesar Puello grounded out and allowed Guzman to score from third.

Trailing 7-3 in the eighth inning the Sounds brought the tying run to the plate with two outs in the form of Chris Parmelee who pinch hit for Ryan LaMarre. With the wind blowing out to right field and a right-hander on the mound, Manager Ryan Christenson wanted a left-handed bat but Parmelee was unable to deliver as he struck out swinging.

Franklin Barreto recorded his ninth multi-hit game of the season with a trio of singles in the contest. Barreto also swiped his third base of the season.

The Sounds continue a four game set with the Express Thursday night for game three of the series. Right-hander Chris Smith (1-1, 2.18) takes the mound for the Sounds against right-hander Anthony Bass (0-0, 0.96) for Round Rock. First pitch is scheduled for 7:05 p.m.

The 2017 season is the Sounds’ 40th in franchise history and their third as the Oakland Athletics’ top affiliate. Season ticket memberships are available now by calling (615) 690-4487. 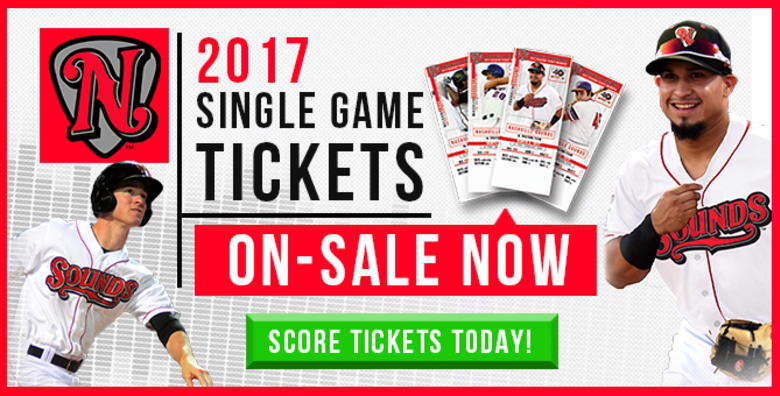