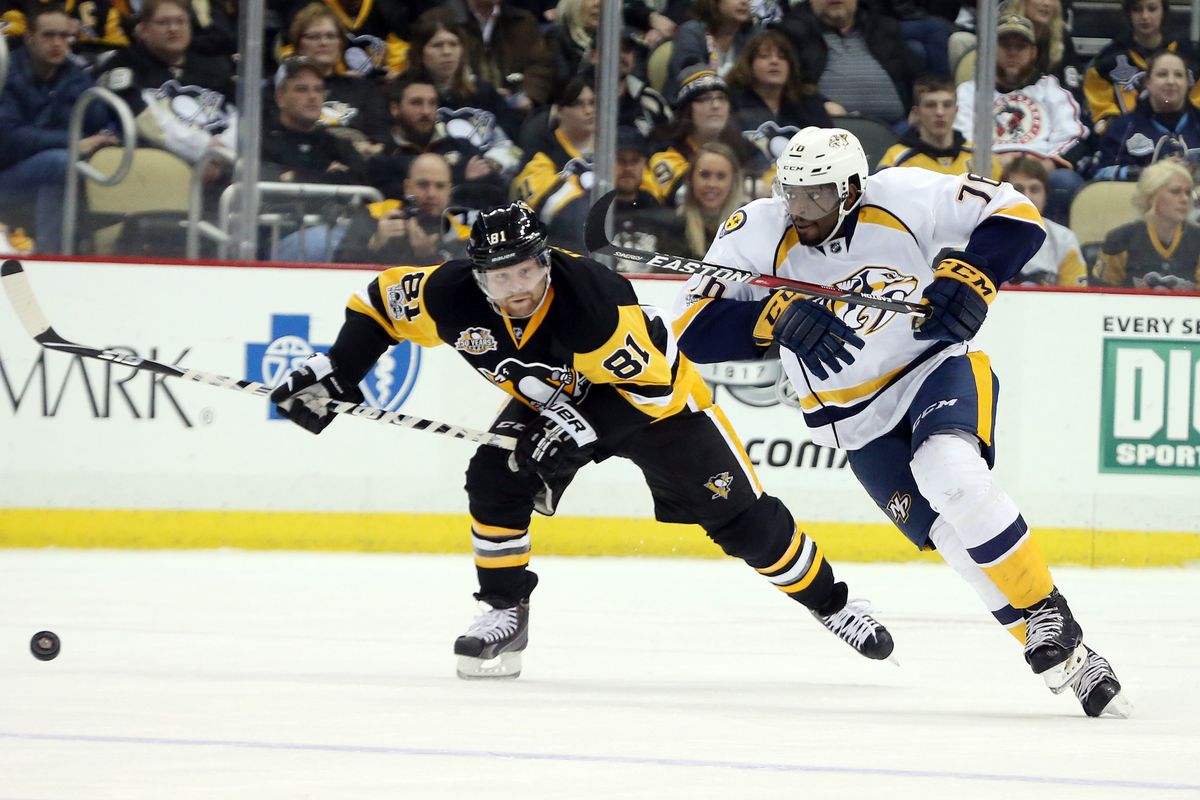 Game one of the 2017 Stanley Cup started with the Predators dominating the Penguins in nearly every phase with exception of the score.

The Preds scored the first goal with twelve minutes remaining in the first but the call was reversed due to flip Forsberg being offsides.  The original call was he was not but once the goal was scored, the Pens challenged.  While we do not want to start the series off with controversy, the Referee was literally standing directly behind Forsberg looking at his feet on the original call.

Replay would not show anything clearly or at least the one everyone else got to see.  If Forsberg was indeed offsides, it was so close one could not tell.  Typically, and especially in a game of this magnitude, calls are not reversed unless something definitive is shown.  Never the less, the goal was taken back.

The call would change the the game and the momentum for the Nashville Predators almost instantly as the Penguins went on to score three goals in the first period and led the game 3-0 at the close of the first.

Nashville would come out in the second period ready to make a statement as they didn’t allow a single shot on goal for the Pens the entire second period.

The Nashville Predators would show their character as they rallied to tie the game 3-3 in the third period.  The tie would be short lived as Pittsburgh would score their fourth goal shortly after.

The Predators would pull the goalie with two minutes remaining and the Pens would get an empty net tally goal winning game one 5-3.

While Nashville fans would rather see a win, you have to be happy with what the Preds showed in a strange game one.  Everything seemed to go Pittsburgh’s way yet the Preds hung in there, rallied, and essentially lost by one. 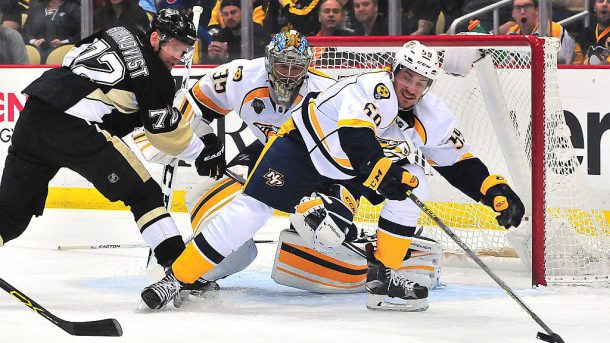 Another thing to consider is while the Preds are a talented team, they had to face some butterfly’s as it is their first trip to the Stanley Cup Play offs and they are facing the defending Champions who have Cup experience.

Nashville faces the Penguins in Pittsburgh for game two Wednesday night in a game the Predators will surely be ready for.  The Preds really need to bring home just one win out of the two games in Pittsburgh and they showed Monday night game 2′ s results should be just that.