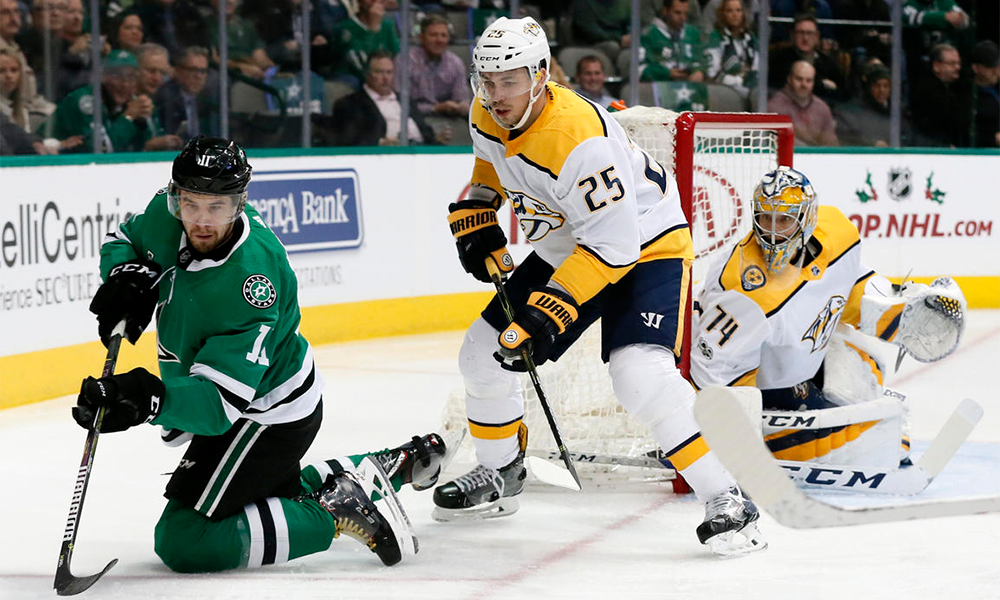 The Nashville Predators defeated the Dallas stars 5-2 as the Predators take first in Western Conference.

The red hot Preds have won three in a row and are 8-1-1 in their last 10 games.  Preds Goalie Juuse Saros had a busy night with 43 saves, a career high.

”It’s always nice to see a lot of pucks and face a lot of shots,” Saros said, ”especially when our D is playing good in front of me and most of the shots come outside.”

Nashville put on a dominating performance leading the game 5-0 early on.  The Preds spread the wealth as Fiala, Mcleod, Aberg, Turris, and Jarnkrok all got in on the scoring.

Fiala set the tone early putting the Preds up 1 at 15:49 in the first. Mike Fiala is on a three game streak with a goal.

The highlight of the night was Nashville scoring on a Dallas power play.  Jarnkrok’s goal followed a pass at an open right side of the net as Watson skated from behind the net on the opposite side.

”Early on, especially in the first period, I thought the chances were pretty tight both ways. We knew we needed to do that coming in here with their firepower. Once it got to 3-0, 4-0, I thought we were a bit loose, but our goalie played really well.” Laviolette said. 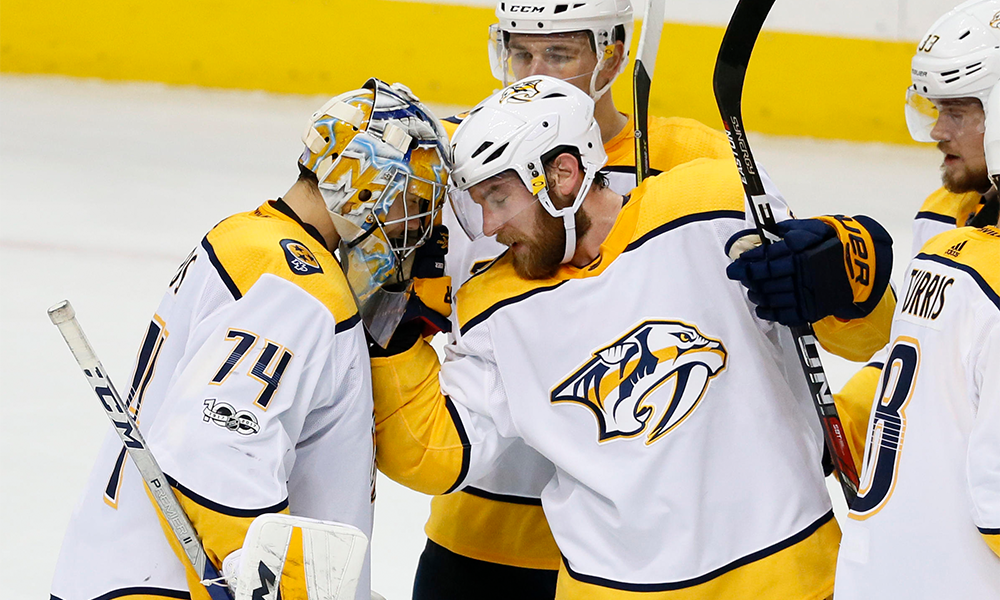 Many wondered if the Predators could continue their late success of 2017.  The answers are starting to become clear as the Preds hold a better record than the same time last year.

The Nashville Predators rest atop the Western Conference with the Kings having 1 more loss.  Though Nashville has played one less game, the Preds Tie the Kings with 39 points.

The Predators will next host the Golden Knights Friday in Smashville. The Knights are on a current 2 game win streak and sit just behind the Kings in the Pacific Division.