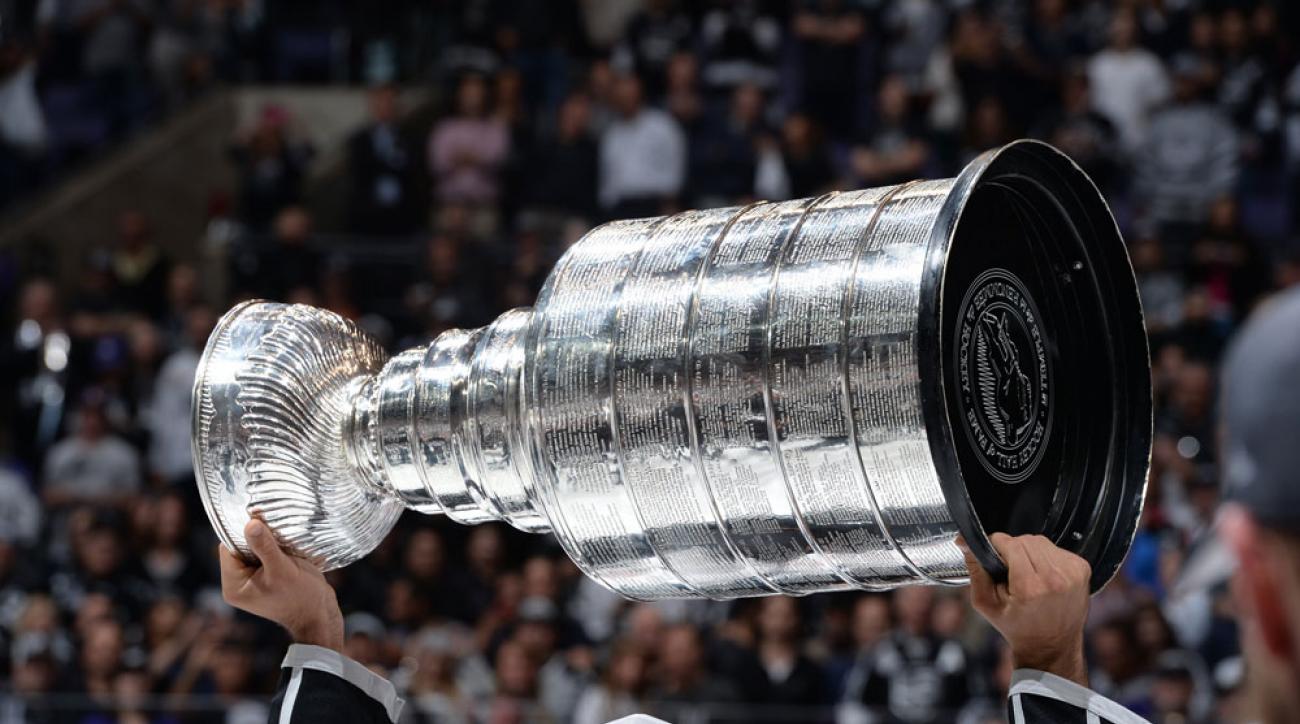 This years Stanley Cup Finals will feature the Leagues Top Defense and the Number One Offense in the post season.  The Nashville Predators having allowed the fewest points in the posy season versus Sidney Crosby goal leading offense.

The Nashville Predators are 1-1 versus the Penguins this year suffering their only loss to Pittsburgh when 4 starters were out due to illness.

The Nashville Predators have played a total of 16 playoff games to arrive at the Stanley Cup Finals to Pittsburgh’s 19.  The Pred’s won their Conference Monday Night giving them six days off. While the Penguins went to a double overtime game 7 allowing them only 3 days. Advantage Preds.

Nashville has suffered the loss of Mike Fiala and Ryan Johansen for the remainder of the play offs.  Head Coach Peter Laviolette is optimistic however that they will have Mike Fisher and Craig Smith back in the line up for the Cup series.

While Nashville’s center men have stepped up and played phenomenal through the Conference Series, Advantage still has to go to the Penguins as they have the entire line available.

The Predators easily have the best defense between the two having allowed the fewest points in the post season.  Pekka Rinne is a large contributor to this statistic.  If he continues to play virtually out of his mind, the Preds defense will cause tons of problems for the Pen’s offense. Advantage Preds.

The Pittsburgh Penguins pose a potent threat offensively having Sidney Crosby, considered the best player in the game today. The Pen’s lead in scoring in the post season. However, game seven versus the Senators proved Crosby can be shut down given the correct personnel. 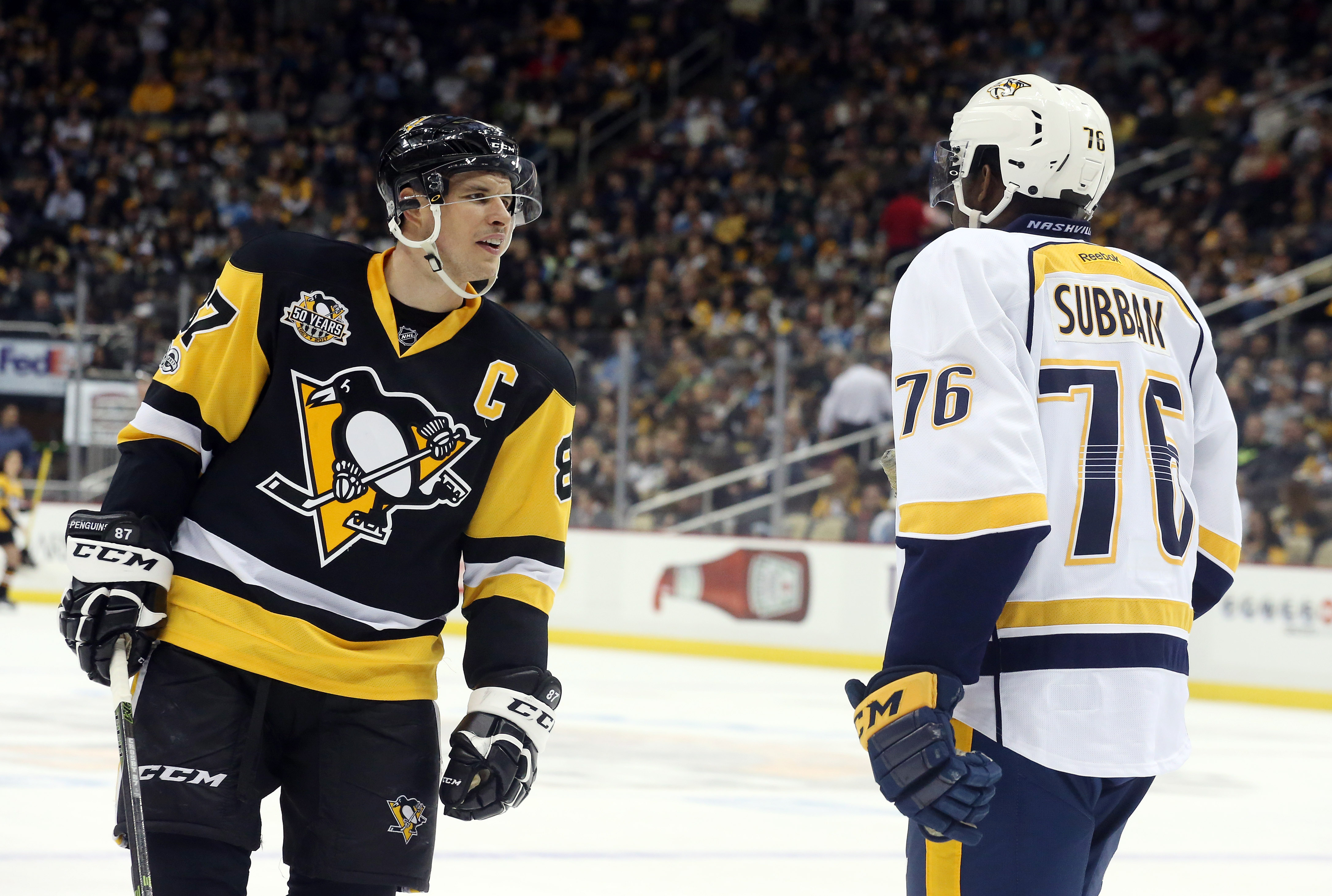 The Predators Offense is played different than any other team in the post season which is what has caused problems for their opposition. Pekka Rinne is the most active goalie coming out from behind the net, teeing up the put for his offense.  Opposing teams have stressed their frustration with this but have not been able to stop this yet.

Offensive advantage still has to go to the Penguins even though we expect the Predators offense to do well.  The Nashville Predators lead scoring from defensemen as a whole which leads to a different type of game.

With the Pred’s coming off the most physical game of the series and the Blues series easily being the second, we expect this actor to be the Predators bread and butter.  The Pittsburgh Penguins are not nearly as physical as the Pred’s and we look for Nashville to demonstrate this early. Advantage Nashville. 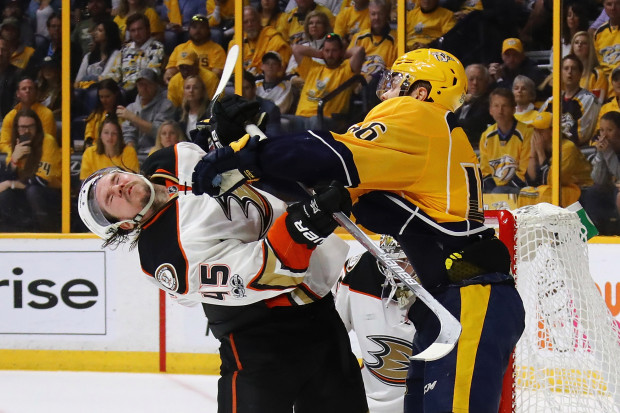 The Penguins are the defending Champions and have been here before.  This is a big factor and the Pen’s will be looking to use this to their advantage.  Advantage Penguins. 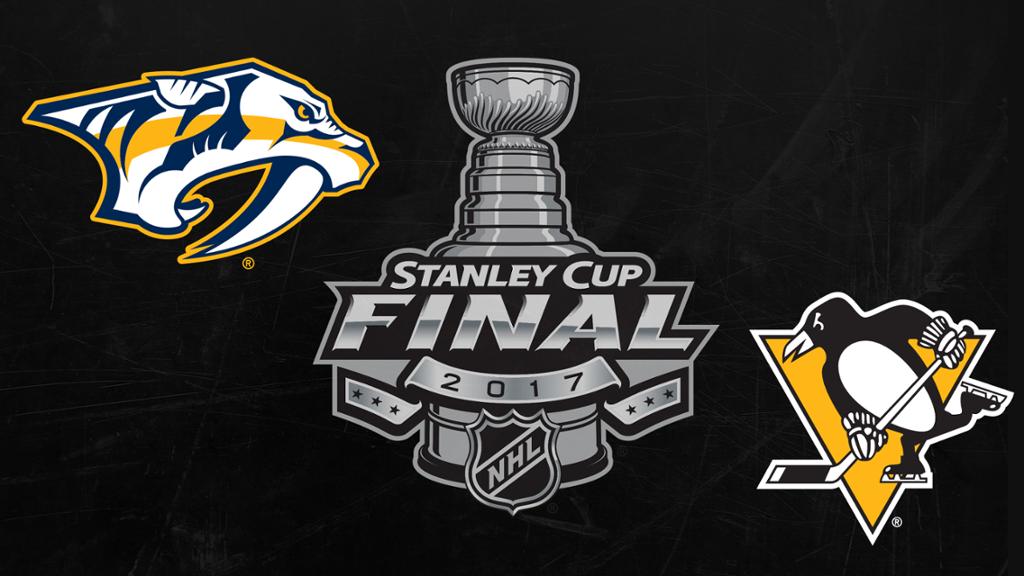 The series as a whole is close and fans on both sides should expect constant back and forth action.  This series could easily go to game seven.  That being said, the Nashville Predators just seem to be unstoppable.  Their depth in personnel will be their strength through this series as all bodies are tired at this point.

When you factor in Nashville’s goals come from 10 different players, it gives the Predators strength that the Penguins simply do not have. If Mike Fisher can shut down Sidney Crosby, the Penguins will be looking for goals in places they haven’t before.

The Stanley Cup Series Begins Monday Night in Pittsburgh as the Nashville Predators continue their quest to make franchise history.