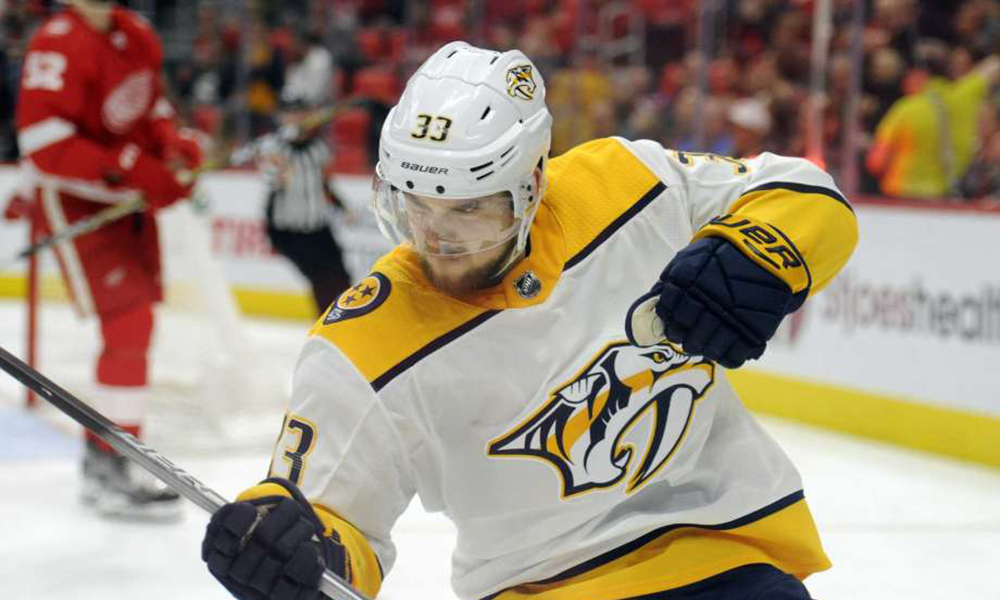 After back to back wins, Nashville sits second in the West with 22 games remaining.  Predators Edge Red Wings 3-2.

The Preds would take the lead early as Roman Josi tapped the puck towards the net which ricocheted of Scott Hartnell for the 1-0 lead.  Kyle Turris would add to the lead with a reach around putting the Predators up 2-0.

On a missed shot from Viktor Arvidson, Red Wings Andreas Athanasiou was all alone on the far blue line and cut the Preds lead in half. Arvidsson would catch another break away and this time launch it in for a 3-1 Preds lead. 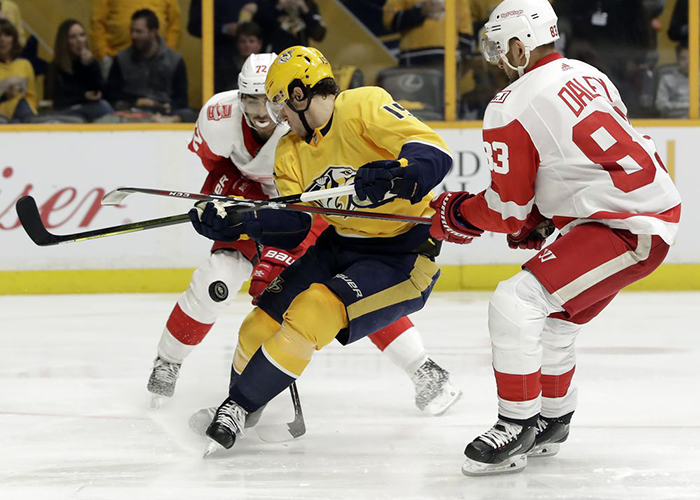 Red Wings Tomas Tatar would score one more goal for the Wings but that would be the end of their goals on the night.

Juuse Saros would get the start as the Preds goalie and would record 34 saves on the night.  Most import, after the second goal from the wings, Saros ensured the win blocking everything that came his way.

The conditions of this game were less than ideal as the Preds faced the Ottawa Senators less than 24hours before.  Essentially, the Preds went home after the Senators win, boarded a plane the next morning, and found themselves in another game.

The Red Wings managed to defeat the Preds just 3 days prior which made this win more impressive than just a scoreboard victory. 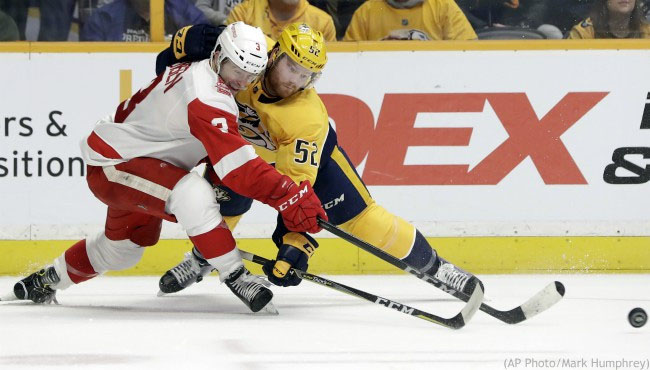 Much of the Predators success in these situations have to be credited to goal tending.  While there are several good one through the league, the Preds could quite possibly have the best tandem goal tenders.

“He’s been really, really good,” Laviolette said of Saros. “Our guys have a tremendous amount of confidence in him and his numbers speak to that… He gives us an opportunity to win games.”

The win seats Nashville first in the Central Division as they head home to face the Sharks Thursday night.