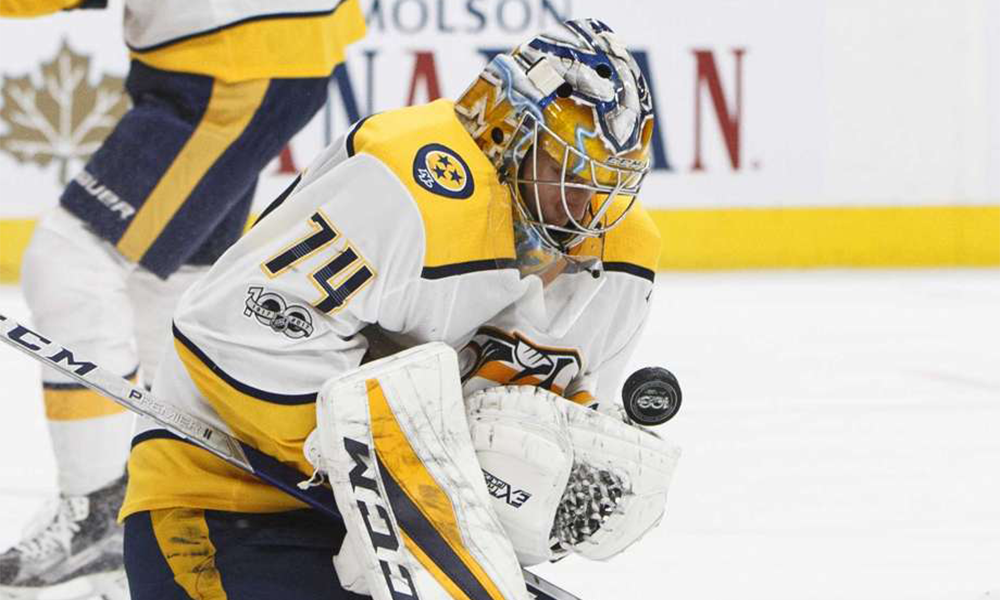 Juuse Saros set new franchise record with 46 saves in a shut out as Predators blank Oilers 4-0.

The first period was all Saros as the spent most of its time on Nashville’s end.  Juuse Saros fended off multiple shots to keep the first period scoreless for the Preds.

In the second period, the Nashville Predators would uncorked scoring all four goals inside 15 minutes of play. 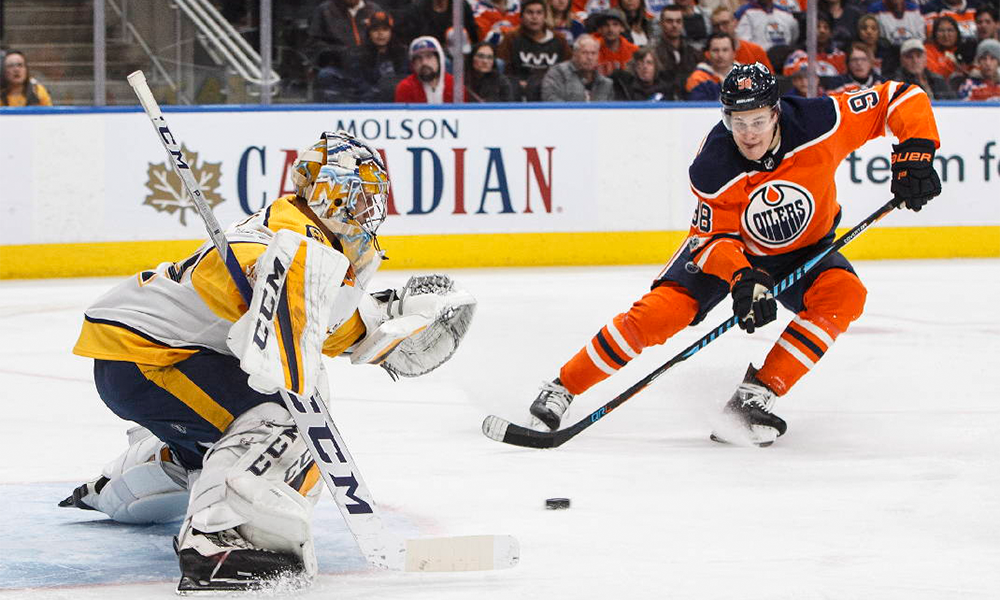 With 17:05 left in the second period, Ekholm would get Nashville on the board on a pass from Jarnkrok.  The shot came from center ice and appeared to be deflected off a high stick. After review, the high stick deflection came from the Oilers as the goal stood.

On a Power Play, Mike Fiala would add to the Preds lead scoring off a rebound shot from Ekholm.

Kyle Turris would get in on the action next scoring off a quick turnover.  Mike Fiala received the turn over but his shot was blocked, left waiting for Turris.

Roman Josi would rub salt in the wound scoring on play that should have been an easy block putting the Preds up 4-0.

The third quarter was all Juuse Saros shutting down everything that came his way.  The Preds Goalie would record 46 saves on the night allowing nothing through. 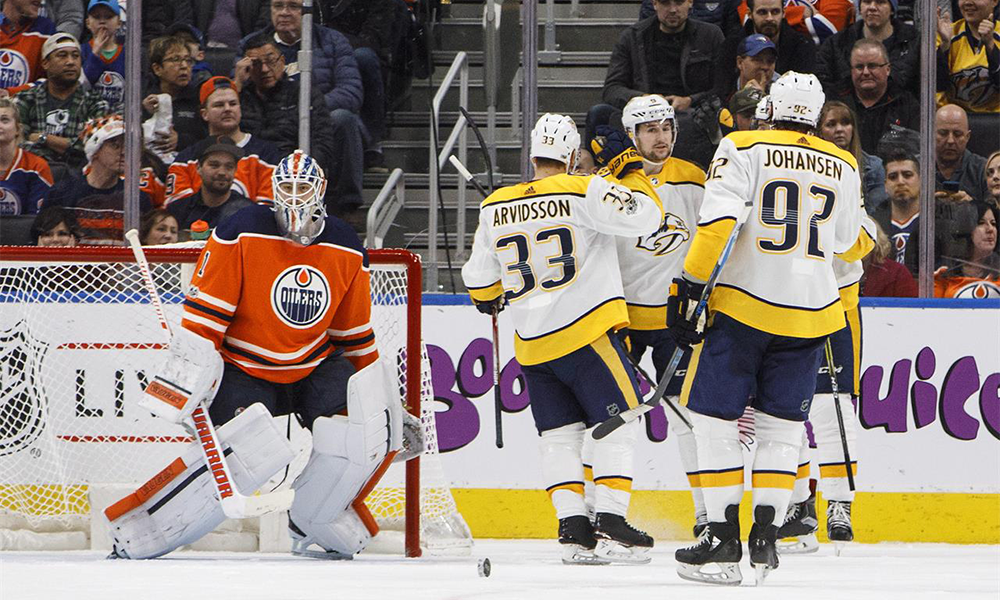 The win over Edmonton put the Preds back in first place for the Western Conference.  Only having 7 losses on the season,  the Lightning are the only team in the NHL with fewer, 6.

Just over half way through the season, the Preds appear to be the team to beat in the Western Conference.  Last year the Preds made a late serge to slip into the last seed spot for the playoffs.

Their hot streak took them to the Stanley Cup playoffs and electrified Nashville.  This team looks to be improved and could quite possibly be the top seed this go round.

The Predators finish up their road trip in Calgary tomorrow night before heading back to Smashville.