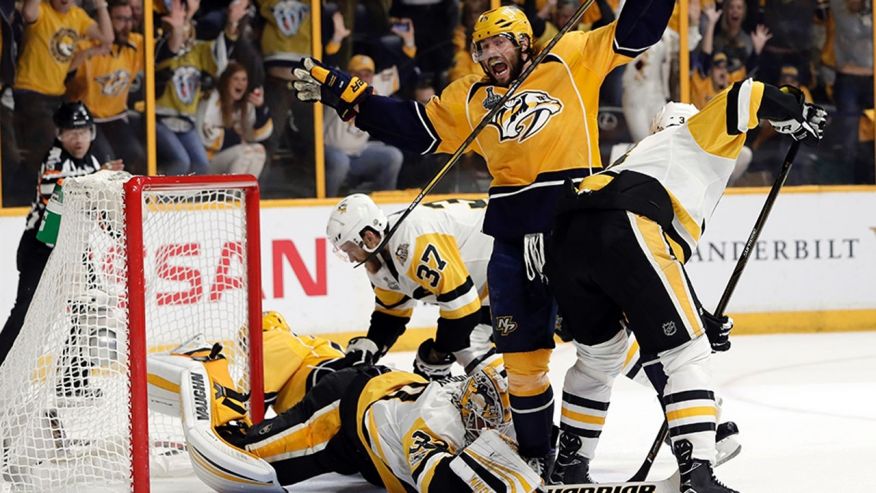 The 2017 Stanley Cup Finals are now a best of three series as the Predators tie the series 2-2 with a 4-1 victory at home on Monday night.

As the Smashville faithful waited patiently for a reason to make their presence known, Calle Jarnkrok catches a rebound off Penguins goalie Matt Murray to put the Preds up 1-0 in the first period.  The goal was challenged by Pittsburgh for goal tender interference but proved was proved to be not the case as the goal stood.

The Predators lead would be short lived as sixty seconds later, Sidney Crosby would find him self with a clear path to the goal as he evened the score 1-1.   Crosby handled a pass from Brian Dumoulin in the neutral zone and caught the ride side post for the ricochet score.

That would be it for the Penguins as the Predators dominated the neutral zone and time of possession for the remainder of the game. Play Off Rookie sensation Frederick Gaudreau continued to impress with a backside, around the net score that was initially not noticed.  As the horn sounds a few seconds later, Nashville fans knew the puck crossed the line and were awarded there second goal of the night.

Next Captian Mike, turning 37 Monday, finds a birthday present as he steal the puck from the Pens in the neutral zone.  Coming off the steal, Fisher loses his footing and in a final effort, dives to pass the puck to Viktor Arvidsson on the break away.  Arvidsson would score his first goal of the post season after 38 in the regular putting the Preds up 3-1.

In the closing minutes of the game, Filip Forsberg would make a full ice shot into an unguarded net for the Preds final goal winning 4-1.

The real story of the night would have to be the return of the dominant Pekka Rinne and his defensemen.  After a poor start to the Finals series in game one and two, Pekka rebounded well for game three and took that confidence into game four.  While the numbers show 23 saves on 24 shots, game 4 could have easily been Rinne’s best performance of the post season making some unbelievable saves. 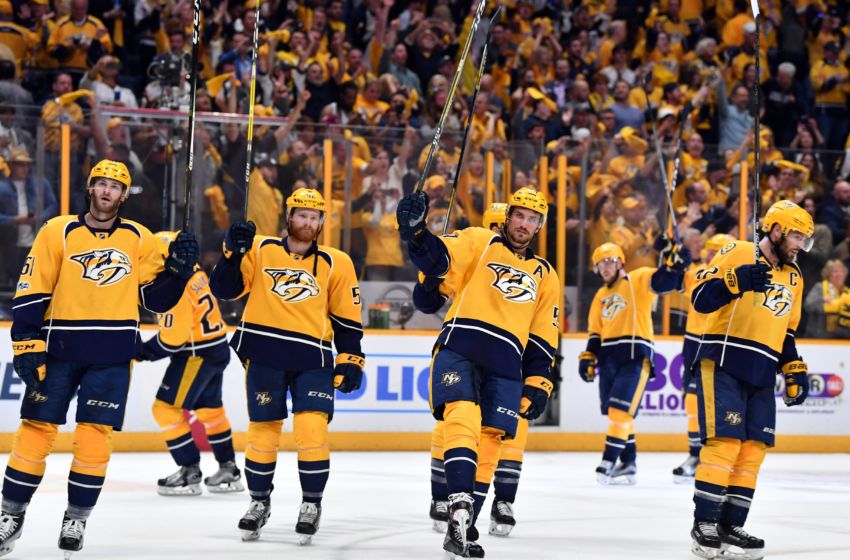 The Predators victory was well deserved as they have out played the Penguins in all four games of the series.  In games one and two, the puck just drifted the Penguins way.

The Predators return to Pittsburgh for an all important game 5 on Wednesday Night.  Both teams will surely bring their best games of the post season into this one, Nashville looking to win the Cup at home in front of their fans.