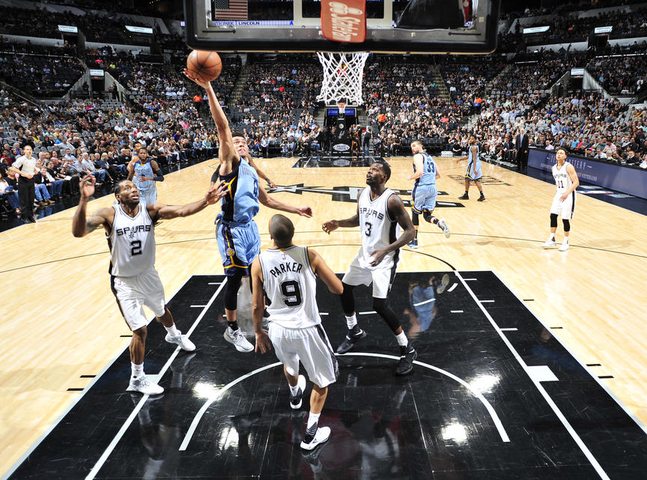 In a nail-biter matchup between two of the top three defensive teams in the league, the Memphis Grizzlies fell to the San Antonio Spurs, 95-89, in overtime on the road Tuesday night.

The Grizzlies held the Spurs to their lowest-scoring first half at home this season with only 33 points. However, San Antonio outscored Memphis 27-16 in the third quarter.

Trailing by seven (78-71) with 2:58 left in the game, the Grizzlies went on an 11-2 run to take the lead at 82-80. Kawhi Leonard then connected on a pullup jump shot to tie the game with 4.9 seconds left. Zach Randolph answered after receiving an inbounds pass from Vince Carter to put the Grizzlies up two points at 84-82. However, with 1.6 seconds left in regulation, LaMarcus Aldridge tied the game, pushing it into overtime. 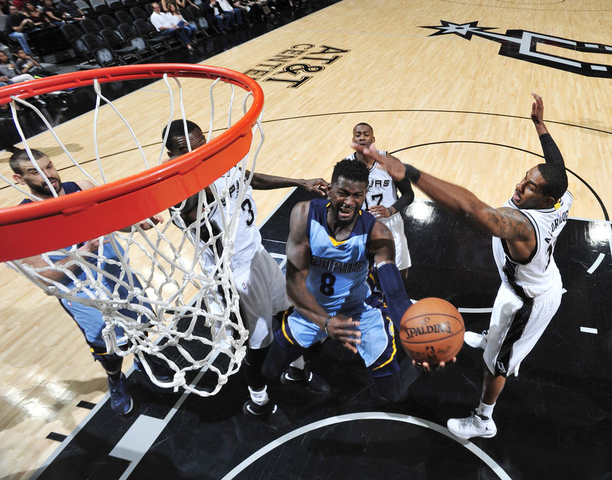 Memphis was without Conley in overtime as Conley exited the game with 3:42 left in the fourth quarter after suffering a laceration above his right eye. The Spurs held the Grizzlies to 1-of-8 from the field in overtime and outscored Memphis 11-5.

Conley led the Grizzlies with 19 points and six assists. Conley has scored 19-or-more points in the past seven games. Posting 18 points and 16 rebounds, Randolph recorded his 20th double-double of the season and a league-leading 19th off the bench.

Despite committing the same number of turnovers (15), San Antonio scored 26 points off Grizzlies turnovers while Memphis only posted 14.

The Grizzlies return home to face Russell Westbrook and the Oklahoma City Thunder tomorrow, April 5 at 7 p.m. CT. Come out to support the team live at FedExForum, tune in to FOX Sports Southeast, presented by Pinnacle Financial Partners, or listen on 92.9 FM ESPN.