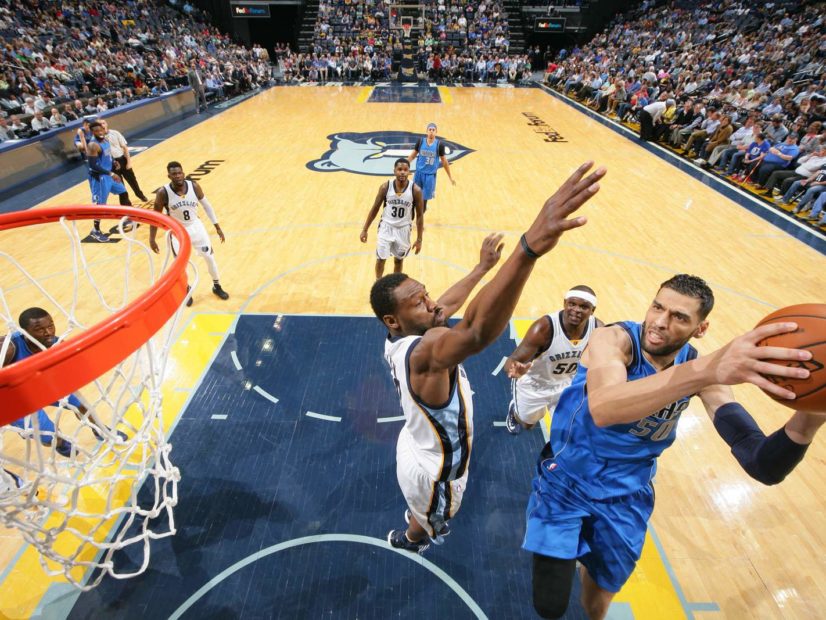 MEMPHIS – Two takeaways from the Grizzlies’ 43-39 regular-season finish and a look at this week’s final Grind City NBA Index poll, with first-round playoff predictions, heading into the postseason.

David Fizdale spent nearly two decades in the NBA as an assistant, traversing the league map from Golden State to Miami, before landing his first head coaching job this season with the Grizzlies.

How does he evaluate his rookie year in the lead spot? About the same as he evaluates the rookies on his roster who have been thrust into key rotation roles for various reasons throughout an erratic regular season that ended with Wednesday’s 100-93 home loss to the Dallas Mavericks.

“I know for a fact I’m my toughest critic, so my grade probably won’t be too good right now,” Fizdale told Grind City Media before expanding on that evaluation after Wednesday’s game. “I felt like I’ve learned a lot – through good stuff and through some hard lessons. I was really trying to be open-minded about this year and really challenge myself and push myself to grow.”

I think a lot of circumstances this year pushed me to be a better coach… Whether I made the right decisions or not, I tried to learn from them.

Through a season filled with rotation tweaks, injuries, painful losing streaks and a few breakthrough performances that stunned some of the top teams in the league, the Grizzlies persevered enough to advance to the playoffs for the seventh consecutive season. That’s the third-longest active streak of postseason appearances in the league behind the Spurs and the Hawks.

After having sputtered to a 9-15 finish since the mid-February All-Star break, Fizdale and the Grizzlies will need a significant growth spurt to get them past the first round against a Spurs team that posted consecutive 60-win seasons for the first time in the history of a franchise that has won five titles. The Grizzlies and Spurs open their series with the first two games in San Antonio on Saturday and Monday before shifting to Memphis for Games 3 and 4 on April 20 and April 22 at FedExForum.

On the surface, there’s very little about Memphis’ 43-win season that would suggest this team did anything other than slightly underachieve, especially considering it’s only one more victory than the total from last season’s epic, injury-riddled meltdown. But that’s where deeper perspective and inspection are necessary to evaluate in which direction the Grizzlies are trending.

Offensively, Mike Conley, Marc Gasol, JayMychal Green, Troy Daniels, Tony Allen and Zach Randolph are among those who have registered career highs in one statistical category or another, or have delivered their most efficient seasons in a Grizzlies’ uniform. Having been perennially one of the least productive three-point shooting teams in the league in recent years, the Grizzlies jumped to 15th in the NBA in that category and set franchise records for both makes (797) and attempts (2,169) this season.

Defensively, however, the Grizzlies have been cratering since January, when they were the top-rated unit in the league. Despite the constant shuffling of a roster in which Fizdale used 25 different starting lineups as a result of injuries or inconsistent play, Memphis still finished the season ranked seventh in defensive rating. Fizdale is focused on steadying his team’s play after a season of drastic ups and downs.

“I think a lot of circumstances this year pushed me to be a better coach,” said Fizdale, who was an assistant on a Heat teams that advanced to four NBA Finals and won two championships. “Whether I made the right decisions or not, I tried to learn from them. This thing went fast, but it’s my favorite time of the year, the playoffs. Our team is honored to be there, and I think we will display it with our effort.” 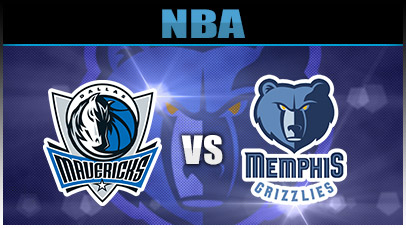 It was an injury that “scared the crap” out of the Grizzlies.

Seeing defensive stalwart Tony Allen curl around a screen and clutch his right calf six minutes into the regular-season finale against Dallas was a frightening scene, especially after the veteran guard immediately headed to the locker room and didn’t return to the game.

Allen will be reevaluated Thursday with what the Grizzlies disclosed during the game was a lower right leg injury. Allen had already left the arena by the time Wednesday’s game ended and was not available for comment. The Grizzlies are scheduled to practice Thursday afternoon and will hold another workout Friday before flying to San Antonio later that day in advance of Game 1 Saturday against the Spurs.

The extent of Allen’s injury and availability shapes up as one of the biggest storylines entering the series, considering the perennial All-NBA defensive team standout is expected to be the primary defender on Spurs MVP candidate Kawhi Leonard. Allen’s coaches and teammates seemed encouraged about his prospects after Tuesday’s game, but the timing of the injury couldn’t have been worse for Memphis.

“We know T.A., he’s a fighter – he’ll be back,” Green said. “It was the last game of the regular season, so it was important for him to get ready for the playoffs and be ready. I know he’ll be ready.”

Earlier this week, Fizdale said his decision to play the Grizzlies’ veterans for at least the first half of the final games was based on data and recommendations from the team’s medical and training staffs. Fizdale said the team decided it was best to maintain fitness and conditioning levels by playing limited minutes rather than sitting players out completely for rest with the playoffs looming.

“Hearing me play doctor right now, I don’t think it’s a big injury or anything like that,” Fizdale said. “Obviously, it scared the crap out of us when he got kicked. We are going to asses it and go from there.” 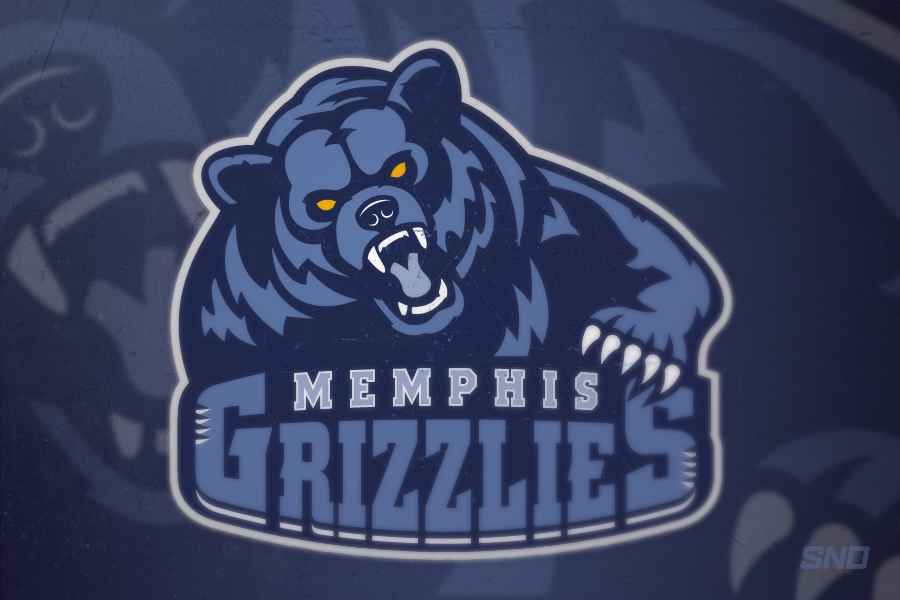 Kevin Durant’s first play back from a month-long injury absence was a baseline reverse dunk. Order is restored. Expect the Warriors to cruise to a 4-1 series win over Portland Last Week: 1

Ex-Grizzlies star Pau Gasol crossed the 20,000-point plateau in the regular-season finale. Now, the family feud begins with younger brother Marc. Spurs will need all seven to get past Memphis LW: 2

Guiding the Celtics to the East’s No. 1 seed for the first time since the Big 3 era of Pierce, Garnett and Allen should land Brad Stevens the coach of the year award. Celtics over Bulls in six. LW: 5

LeBron and Co. spent the past month dismissing the importance of losing the No. 1 seed. But they never fixed a defense that can’t stop hemorrhaging points. Still, Cavs over Pacers in 5. LW: 3

This has been Mike D’Antoni’s best coaching job yet. Innovating offense, James Harden’s dominance and the Rockets’ depth equate to a legit title darkhorse. Rockets in five over OKC. LW: 4

They snatched the No. 4 seed and homecourt advantage from Utah by ending on an NBA-best, 7-game win streak. They’re also 43-18 with Chris Paul in the lineup. Clippers in six over Utah. LW: 9

With Kyle Lowry and DeMar DeRozan healthy and peaking at the right time, Toronto posted consecutive 50-win seasons and looks to return to the conference finals. Raptors in six over Bucks LW: 6

Washington had a chance to push for its first 50-win season since the Jimmy Carter administration. Instead, the Wizards opted for rest and 49 victories. Wizards over the Hawks in 7. LW: 10

After missing the playoffs by one game last year, the Northwest Division champs are postseason bound for the first time since 2012. But being clipped by the Clippers for homecourt will prove costly. LW: 7

One of the most emotional scenes of the NBA season unfolded in OKC when Oscar Robertson literally passed the triple-double crown to Russell Wesbrook and proclaimed him MVP. LW: 8