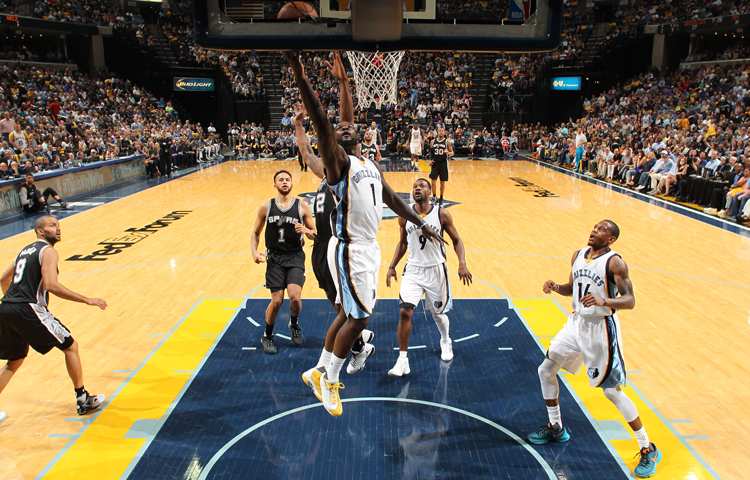 The Memphis Grizzlies defeated the San Antonio Spurs 105-94 on Thursday night at FedExForum, bringing their first round series to 2-1.

Mike Conley, Marc Gasol and Zach Randolph combined for 66 points with all three scoring at least 20 points. The Grizzlies were 4-0 in the regular season when all three players scored 20-or-more points.

Conley led all scorers with 24 points and eight assists. He has scored at least 13 points and dished at least 7 assists in all three games this series. 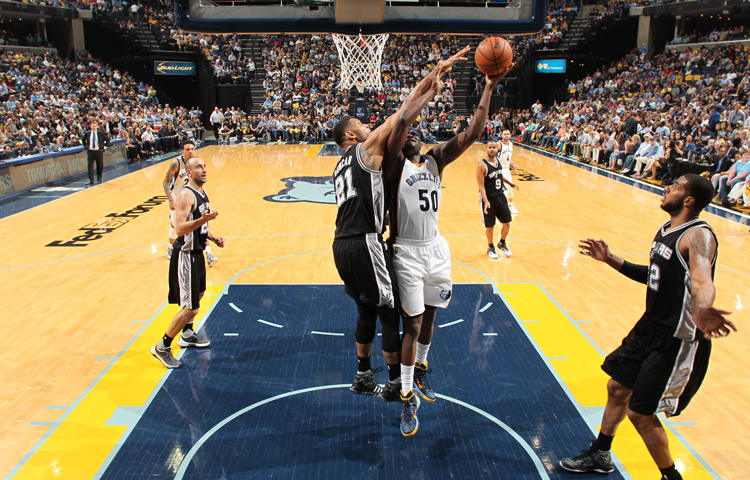 The game featured 13 lead changes and was tied nine times, all of which occurred in the first half. With 49.4 seconds left in the second period with Memphis leading 48-46, the Grizzlies went on a 12-3 run over the next 3:57 into the third quarter to bring the score to 60-49. Memphis would lead the rest of the way.

Memphis protected the ball and committed only five turnovers, the second-lowest total in franchise postseason history and just two more than their playoff low of three, set in 2015.

After averaging 34.5 points in the past two games, Kawhi Leonard was held to only 18 points and four rebounds. Memphis also held veterans Tony Parker and Manu Ginobili scoreless. LaMarcus Aldridge recorded a double-double with 16 points and 11 rebounds in 30 minutes. 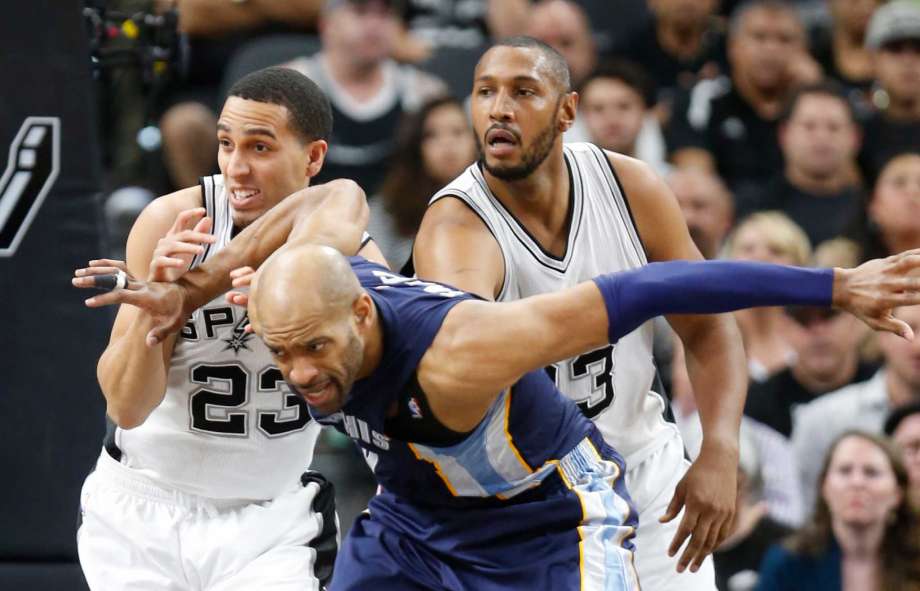 The Grizzlies look to even the series this Saturday, April 20 at 7 p.m. CT. Come out to support the Grizzlies live at FedExForum, watch on ESPN or FOX Sports, presented by Pinnacle Financial Partners, or listen on 92.9 FM ESPN.

Key Run of the Night

On if he felt the affirmation from the fans when they gave him a standing ovation when he walked out…
I don’t know if it was affirmation, it was just an honor. I felt like the city has been so good to me and my wife. For them to do that during a playoff game in my first year it was really, pretty cool. I don’t take those moments for granted. I had to lock back in because it was time, but it was pretty awesome. I want to say thank you to the fans.

On Zach Randolph’s influence during the game…
Z-Bo [Zach Randolph] was fantastic. I said it in the interview in the third quarter, it just matters so much to him. The guys been through so much this year personally and he’s made the biggest sacrifices. whether he’s starting for me or coming off the bench, he’s just been fantastic and I’m just very happy that I got a chance to coach Zach Randolph.

On stepping up physically against the Spurs…
Well we had to. The Spurs were punking us. Let’s be real about it. Those first, probably out of the first eight quarters, they just bullied us for like five and a half of those and you’re not going to beat the Spurs letting them dictate everything. We had to match it. Otherwise we were going to get pummeled and I was just really proud of how the way we stepped up and took the challenge.

See what Coach Fizdale, Mike Conley, and Marc Gasol had to say after the game.

On hearing the crowd chant “Z-Bo”…
It definitely felt good with the crowd out there supporting us and hollering my name. Like I said, we’ve got a lot of work to do and it’s just the beginning.

On making the first bucket of the game for the Grizzlies…
I think I’m always going to be nervous because the atmosphere is just crazy and Grind City is behind us. I just go out there and give it my all and I play hard, so wherever that takes me, it takes me.

On playing as a team…
It was the definition of a team win tonight. The role players stepped up and we just shared the ball, so everyone got the confidence of seeing the ball go in.