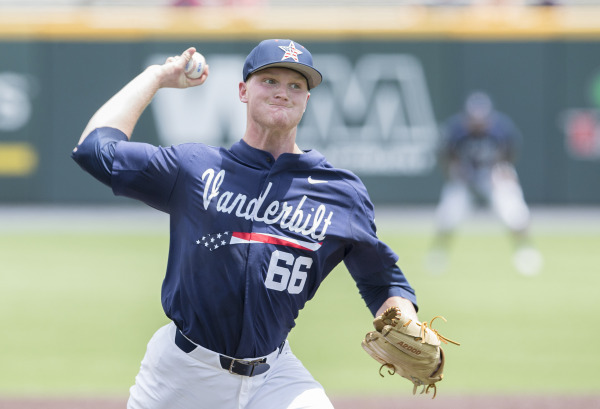 Nashville, Tenn. – Vanderbilt rallied late on Saturday afternoon at Hawkins Field to pull even with Alabama 3-3 before the rains came and forced a tie between the two teams.

Trailing 3-1 entering the bottom of the seventh, Will Toffey blasted his eighth home run of the season out to right field with two down to cut the Alabama (19-34-1, 5-24-1) lead to a single run. With a line of storms creeping into Nashville, Jeren Kendall worked a leadoff walk in the eighth and was followed by a Julian Infante single. With one down, Jason Delay’s slow grounder to shortstop was good enough to put the two runners into scoring position. Reed Hayes was called on to pinch hit with two outs but did not even need to swing the bat to tie the game as Crimson Tide reliever Davis Vainer balked to allow Kendall to trot home and tie the game. Hayes flew out to right field and the umpires pulled both teams off the field. 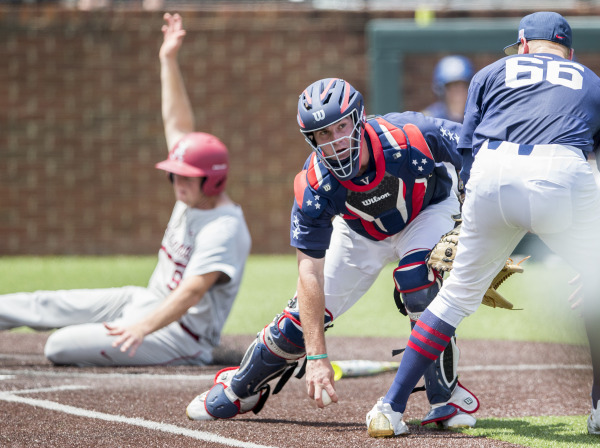 After one hour and 40 minutes with the weather forecast unchanging, a tie was declared to give the Commodores (33-21-1, 15-13-1) their first tie since 1993 when VU and Kentucky tied 4-4. The tie, however, moves Vanderbilt up to the No. 6 seed in next week’s Southeastern Conference Tournament. The tie counts as a half-win and half-loss giving the Dores a .534 winning percentage in SEC games with a 15-13-1 record.

Toffey led all hitters on the afternoon with a pair of hits to push his streak to six straight games with multiple hits. The junior is 14-for-24 during the stretch. Starter Drake Fellows allowed three runs, two earned, on four hits with a career-best 10 strikeouts in his first start since mid-April.

The Commodores are set to take on South Carolina in the SEC Tournament on Tuesday morning at 9:30 a.m. 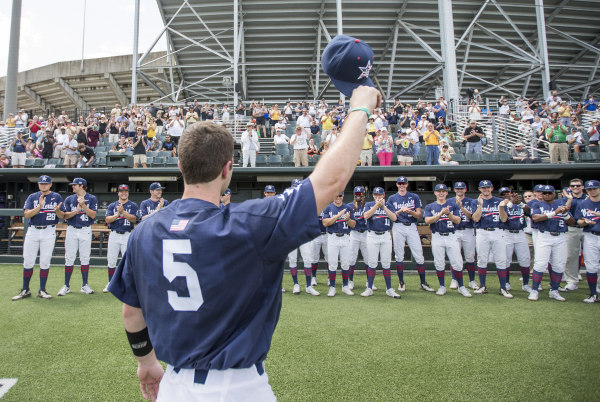