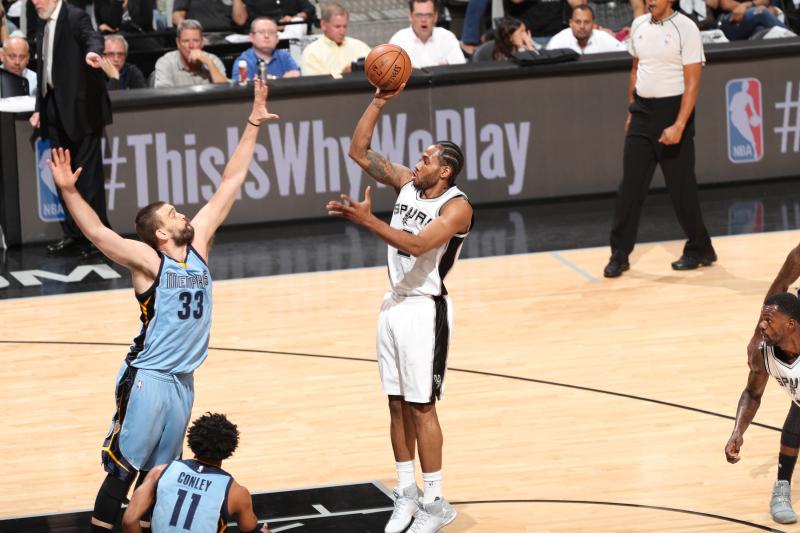 The Memphis Grizzlies fell to the San Antonio Spurs 96-82 at AT&T Center Monday night and now face a 2-0 deficit in the Western Conference first round.

Mike Conley led the Grizzlies with 24 points and a game-high eight assists. Posting 18 points and 10 rebounds, Zach Randolph recorded his 30th postseason double-double, the seventh-most among active players in the league.

The Grizzlies will return home on Thursday, April 20 for Game 3 at 8:30 p.m. CT. Catch all the action on TNT and FOX Sports, presented by Pinnacle Financial Partners, or listen on 92.9 FM ESPN. Tickets are still available for Grizzlies Home Games 1 and 2 in the Series. 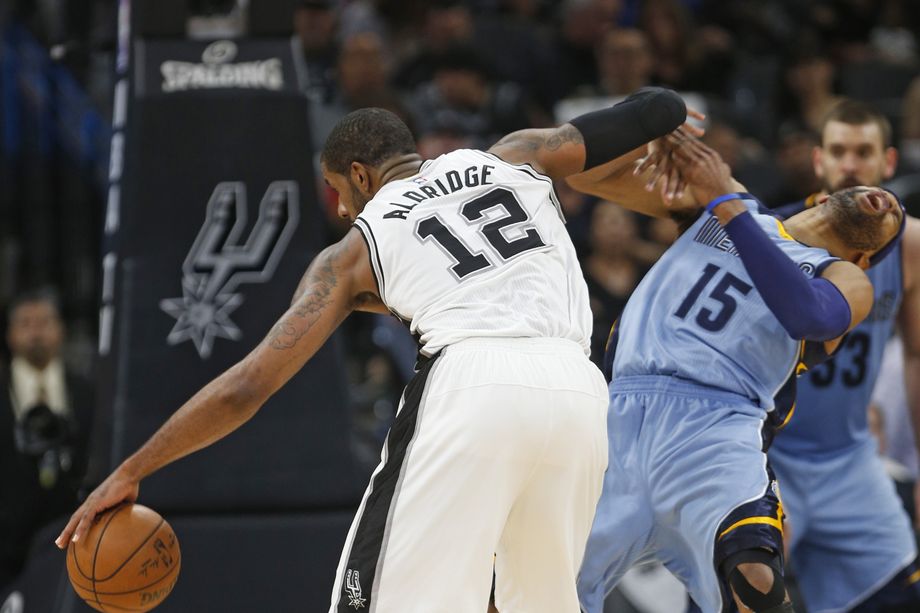 On what he saw in the unit that started the second half…
Desperation. Just trying to get something going, trying to create a spark on our team, it worked. I was really just proud of the all-out raw competition that our team brought to the game. I don’t think anybody watching this game could say we were out-competed in the second half. I just thought we brought an incredible, ferocious effort in that second half. Obviously it wasn’t enough.

On the officiating…
It’s unfortunate that I have a guy like Mike Conley who in his whole career has zero technical fouls and just cannot seem to get the proper respect from the officials that he deserves. It was a poorly officiated basketball game. Zach Randolph, the most rugged guy in the game had zero free throws yet somehow Kawhi Leonard had 19 free throws. First half, we shot 19 shots in the paint and we had six free throws. They shot 11 times in the paint and had 23 free throws. I’m not a numbers guy, but that doesn’t seem to add up. Overall, 35 times we shot the ball in the paint, we had 15 free throws in the game. They shot 18 times in the paint and had 32 free throws. Kawhi shot more free throws than our whole team. Explain it to me. We don’t get the respect these guys deserve because Mike Conley doesn’t go crazy, he has class, and he just plays the game. But I’m not going to let them treat us this way. I know Pop has pedigree and I’m a young rookie, but they’re not going to rook us. That’s unacceptable; that’s unprofessional. My guys dug into that game and earned the right to be in that game and they did not even give us a chance. Take that for data.

See what Coach Fizdale had to say after the game.

On cutting the 26-point deficit in the second half…
We just stepped up our level of intensity. I thought James Ennis was unbelievable for us for bringing his energy and his effort on both ends of the floor. I thought we were more in sync in the second half as far as just moving the ball being on the same page defensively. I think when you play a team like the Spurs, you have to communicate, you have to all be on the same page for 48 minutes and I think we did a better job of that in the second half. It gave us a chance to get ourselves back in the game. It gave us a chance to win the game.

On the team’s second half play…
That was the way that they were playing in the first half. We took it up another level in the second half defensively and physically, which is what we need to do from the beginning.

On if the team will take momentum into Game 3 from their second half play…
Yeah, I think that second half showed our team just how hard we need to play and what we need to see ourselves as. To beat a team like the Spurs, you have to play consistent basketball like that for four quarters, and we haven’t done that. We’ve played two good halves on the road. We need a full game, and that second half tonight was promising.

On the effect Coach Fizdale’s passion has on the team…
Coach believes in us. I think that’s why he was so upset tonight. He believes that this team can do a lot of great things. When we play as hard as we did tonight emotions are going to be high, and whether there’s questionable calls or not, he’s in the game. Mentally, he’s going to push us. He’s going to show how much he cares about winning whether it’s yelling at the ref or yelling at us on the bench. He gives us confidence in that way. 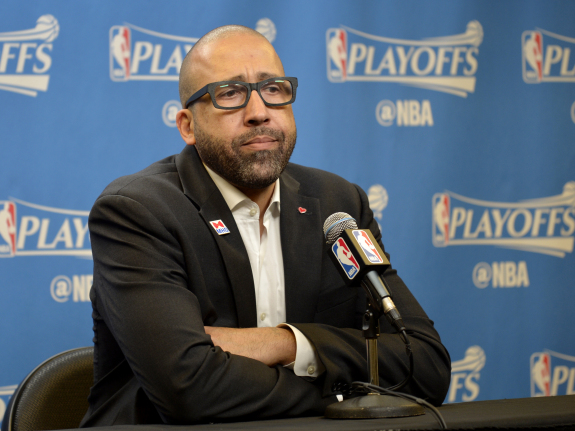