Tennessee Head Baseball Coach Dave Serrano has notified Vice Chancellor/Director of Athletics John Currie of his intention to resign at the conclusion of UT’s season.

Serrano informed the Tennessee baseball team of his decision Wednesday. He will continue to coach the team through the end of the regular season as well as any postseason tournaments for which the team may qualify. Assistant Coach Larry Simcox will then serve as interim coach during a national search for Serrano’s replacement.

“On Monday evening, John and I had what I felt was a very honest and productive conversation about the Tennessee baseball program,” Serrano said. “My decision to step aside at season’s end is based off what I believe is in the best interest of our student-athletes and this program. 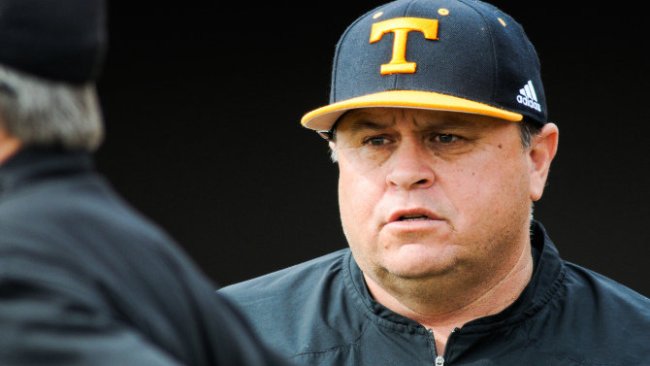 “I have no regrets about taking on this challenge six years ago. It was a job I always coveted. My time living in this great community includes some of the best days of my life. My only disappointment is that we didn’t reach the expectations of success that I’ve strived to achieve for our fans, alumni and players.”

One of only 12 coaches in NCAA history to lead two programs to the College World Series, Serrano was introduced as Tennessee’s head coach on June 15, 2011, and this marks his sixth season guiding the program. In his 13 years as a head coach, he owns a 446-299-1 record. He is 157-160 at Tennessee.

“This program clearly means a great deal to Dave, and I appreciate that,” Currie said. “He steps away with plenty to be proud of. The program possesses a talented and promising young core. And the culture of academic achievement he and his staff fostered yielded positive results in terms of APR scores and graduation success rates.

“We are thankful to him for his service to the University of Tennessee, and we wish him and his family all the best moving forward.” 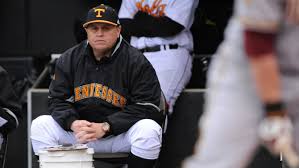 The most recent graduation success rate data, released in November, reflected a three-year improvement of 18 percentage points for the baseball program, from 50 percent in 2013 to a program-record 68 percent in 2016.

Under Serrano’s leadership in 2015, Tennessee baseball posted its highest team GPA in program history, at 3.12. He also was at the helm when UT baseball posted a program-record 1.000 single-year APR for 2014-15.

During his six seasons guiding the Vols, Serrano coached 14 Tennessee baseball players who went on to be selected in the MLB Draft, including first-round picks Nick Senzel (Cincinnati, 2016) and Christin Stewart (Detroit, 2015) as well as current Arizona Diamondbacks pitcher Zack Godley.

“I’m very proud of what we accomplished with the program internally, but I realize it ultimately comes down to wins and losses,” Serrano said. “I will always be a big Vol fan and will continue to support and cheer on this great university.”